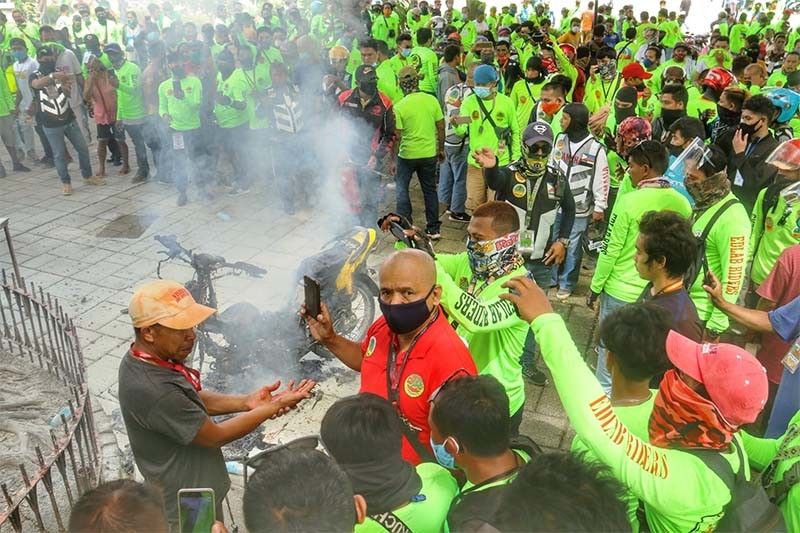 CEBUANO artist Maria Victoria "Bambi" Beltran filed a complaint against Cebu City Mayor Edgardo Labella over the EdLab Riders gathering on Nov. 8 before the Office of the Ombudsman.

The complaint filed on Nov. 24, 2020, was on Labella's alleged violation of City Ordinance 2566, grave misconduct, and conduct unbecoming of a public official.

Beltran was arrested in April over her satirical Facebook post on Cebu City Covid-19. However, the charges filed against her were dismissed by the court.

Beltran alleged that while the public and authorities became so focused on the shoe sale incident on Nov. 11, a mass gathering attended by "hundreds of supporters of Labella" also took place on Nov. 8 at Plaza Independencia.

After the shoe sale incident at Barangay Lahug, photos of the members of the EdLab Riders began circulating in social media, with the netizens demanding the authorities to also take an action against the gathering, said Beltran.

Citing Labella's published statement on a local news outlet, Beltran said the mayor even stated that his supporters should be made answerable by the incident.

Beltran alleged that Labella knew about the gathering in the first place citing a screenshot of a Facebook post on Oct. 22, announcing that Labella will deliver a speech during the association's anniversary celebration.

Beltran also alleged that Labella, indeed, delivered a speech on the event.

"Here, it had been clearly and sufficiently shown that respondent Mayor Labella actively participated in the actual planning, and eventual holding of the mass gathering of hundreds of his supporters in Plaza Independencia on Nov. 8, 2020, an event that did not observe the restrictions on mass gatherings and where physical distancing was not also observed," stated Beltran. (JJL)