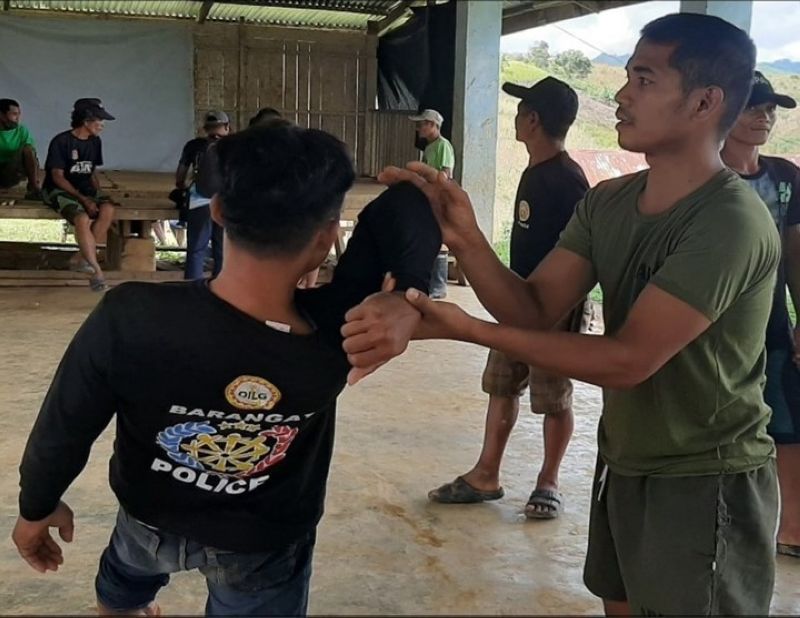 Those who have undergone refresher course sessions recently are the BPATs of Pange and Macasing, Siayan. The training was conducted by the Community Support Program (CSP) teams of the 53rd Infantry Battalion (IB), 547th Engineer Battalion and Zamboanga del Norte Provincial Police Office.

Lieutenant Colonel Jo-ar Herrera, commander of the 53IB, said the training aimed to intensify the enforcement of peace and order in Pange and Macasing villages by positioning the barangays towards resiliency against the communist New People’s Army (NPA) terrorists.

Herrera said Pange and Macasing village are long treated by the communist NPA terrorists as their safe-havens.

He said a series of lectures and practical exercises were given by the CSP teams including Basic Combatives, Emergency Response Drills, Basic Handcuffing Techniques, Human Rights, and International Humanitarian Law.

The activity is part of a series of activities incorporated in the conduct of CSP.