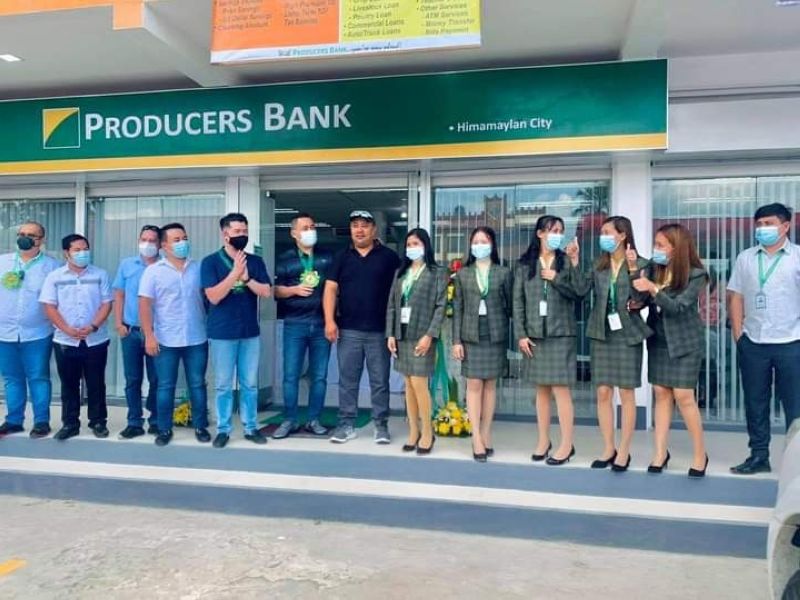 A SECOND bank has opened in Himamaylan City and is seen to boost the city's economy.

Mayor Raymund Tongson, who graced the blessing and soft opening of Producers Savings Bank Corporation-Himamaylan Branch in Barangay 2 on Tuesday, November 24, 2020, said this will bring forward more investment opportunities and convenient banking services for an improved economic condition in the city.

"This marks another milestone for the city. Two banks have opened in the city just in the first year of our administration," he added.

On November 10, the first LandBank Branch Lite in Negros Occidental and also the first universal bank in Himamaylan City has also opened.

The local government continues to work on attaining progress for the people despite the challenges brought by the pandemic, the mayor added.

During the opening, Tongson was joined by Vice Mayor Justin Gatuslao and other local officials. (PR)