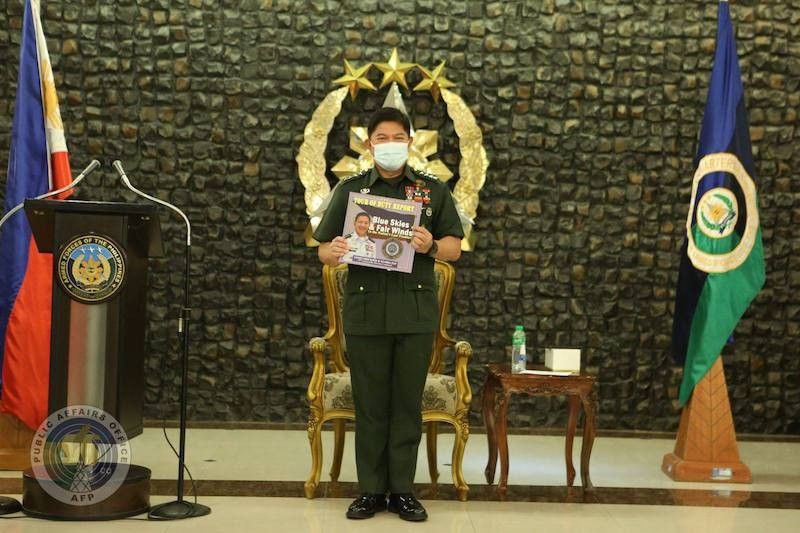 REAR Admiral Ramil Roberto Enriquez, a Cebuano, has assumed as new commander of the Armed Forces of the Philippines Western Command (Wescom).

Both Enriquez and Gloria are members the Philippine Military Academy “Maringal” Class of 1988.

Wescom covers Palawan and Kalayaan, including the disputed Spratly Islands.

In his message, Gapay stressed the importance of Wescom in AFP’s battle against both internal and external threat.

“Considered as the nation’s last frontier, the Western Command plays a vital role in our battle against both internal and external threats. Team Wescom were always the ones who are at the leading edge in preserving our nation’s security and sovereign integrity,” Gapay said.

He also emphasized the challenges that Enriquez, as the new Wescom commander, is facing.

“Apart from the internal threats that looms within, being at the forefront of our territorial defense adds to the challenge of being assigned here,” Gapay said.

“Further, the fact that Wescom is located at the world’s best island destination, which has a thriving tourism industry, there is a heightened responsibility to uphold peace and security in the region,” he added.

Enriquez was born in Cebu City and raised in Medellin town in northern Cebu. He graduated from Cebu City National Science High School in 1981.

In his speech, Enriquez said that on top of serving as frontliners in the fight against the coronavirus disease 2019 (Covid-19) pandemic, Wescom plays the more important role of being a frontliner-unified command in the military's strategy and objective to defend and secure the nation's resource-rich western frontier.

"Just like our political leaders and our senior security and defense officials, I am firm in my conviction that maritime security is fundamental and integral to our overall national defense and security," he said.

Under his leadership, he said Wescom will continue to secure the nation's territorial integrity and enhance its basic sovereign rights.

"We will continue to be prepared to face any eventuality from foreign foes to disastrous calamities," Enriquez said.

He also said he will make it a priority to achieve a harmonious relationship with the local government units and other stakeholders in Palawan.

"Team Wescom cannot successfully achieve victories by itself. We will need the assistance and cooperation of the local government units and agencies here in Palawan," he said.

Enriquez also hoped to enhance inter-operability among the Armed Forces, Philippine National Police and other government agencies in safeguarding the country's vital installations, as what has been achieved during the recent gas and oil platform (Goplat) exercise with the Philippine Coast Guard. (Marites Villamor-Ilano/SunStar Philippines)