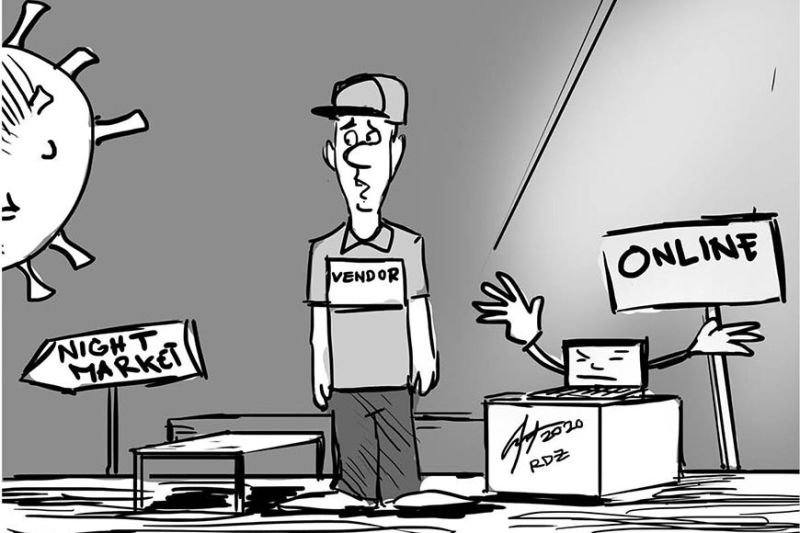 THE Cebu City Government shoots down the idea of a night market, imagining a potential swarm of bargain hunters and the face-palm scenario of physical distancing gone bust. The crowd in the earlier shoe sale in Lahug was foreboding enough and, yes, the Plaza Independencia “Edlabs” gang of motorcyclists.

The Cebu City Market Operations Division’s generous recommendation to Mayor Edgardo Labella to reopen the night market from December 2020 to March next year, despite its attached safety guidelines, gets stalled and most likely won’t be greenlit by the mayor.

Labella said that should the night market be allowed, priority must be given to vendors badly displaced by the pandemic. In the years of the downtown night market, most participants are established vendors.

The conditions the mayor proposes don’t make sense though. Deploying displaced vendors for a night market doesn’t support the stated reason of health risk attached to its reopening at this time of the pandemic. It doesn’t eliminate the possibility of pooling in crowds.

Reports say the City Government is still in talks with vendor associations and the Department of the Interior and Local Government, mulling for a “win-win solution.” There were 1,200 vendors that were displaced in the eight months of strict quarantine, the City estimates.

What has pretty much thrived and flourished during the lockdowns have been online businesses. Business communities have pushed for adaptability among its members, mapping out a way to conduct businesses under what they called “new normal.”

If that is so, then perhaps the City Government can consider adaptability in helping out the city’s displaced vendors. It may study the possibility of creating and supporting an online infrastructure for the city’s vendors—a City-backed application that helps facilitate trade and delivery mechanisms for the products and wares of displaced vendors.

If for the longest time government has been in support of farm-to-market programs, allocated funds or facilitated trading avenues for small entrepreneurs, it may now step up to an online platform as its new normal to support marginalized vendors.

How’s that for innovation and adaptability?