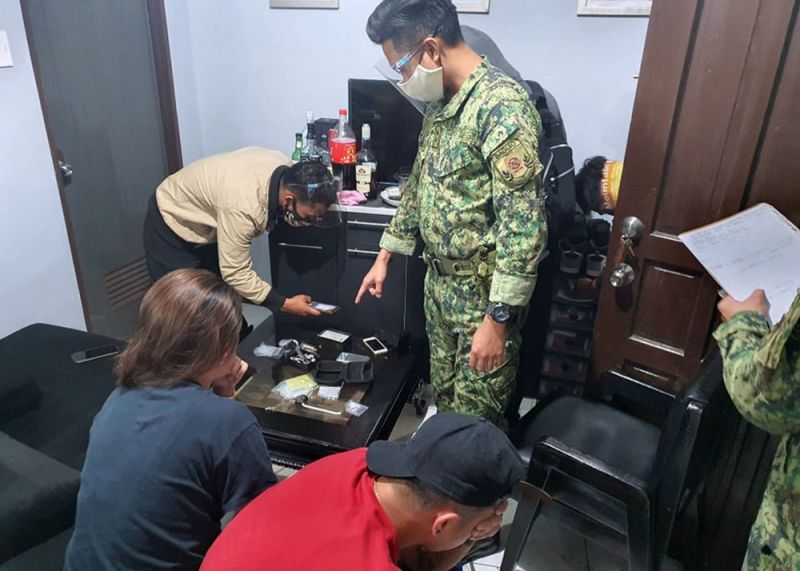 A SUSPECTED big-time drug personality, including two others, was busted in a drug raid, while almost P.5 million worth of shabu were seized in a separate continuous anti-illegal drug operation in Baguio City on Monday, November 23, 2020.

Alsisto is listed as a high-value individual by the Philippine Drug Enforcement Agency–Cordillera Administrative Region and the Police Regional Office–Cordillera (PRO–COR).

Before their arrest, a concerned citizen reported to authorities that an alleged pot session was ongoing in the area.

The combined forces of the Baguio City Police Office (BCPO) Station 5 and Station 10, PDEA-Baguio, and other Philippine National Police (PNP) support unit responded to the incident, which led to their arrest.

Recovered from the suspect were four sachets of suspected shabu worth P6,800.

In Benguet, P712,000 worth of fully grown marijuana plants were destroyed by PRO–COR in Bakun, Benguet following a two-day marijuana eradication operation in five plantation sites with a total land area of 1,320 square meters.

Although no cultivators were found, operatives are currently conducting further investigation to identify the owners, who may face appropriate charges in court.