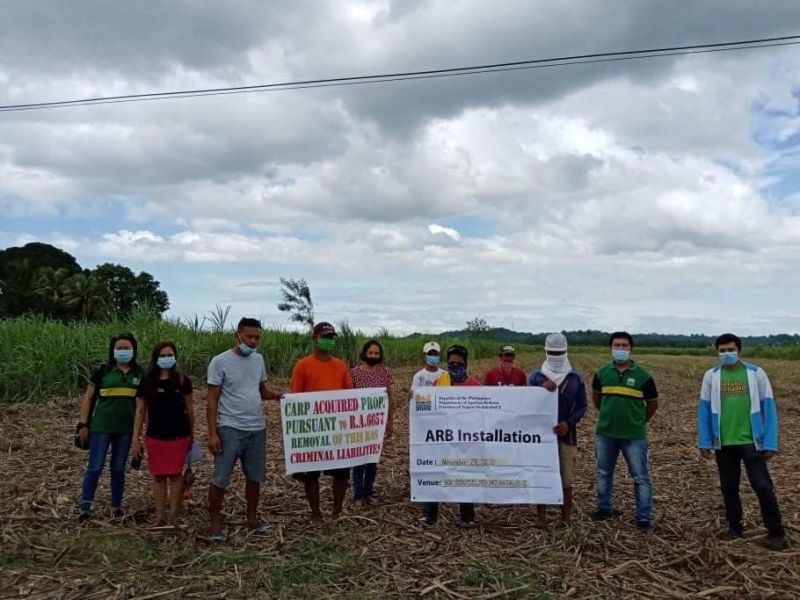 These ARBs are now the owners of 17.9874 hectares of the landholding formerly owned by Margarita Nosce and others located in Barangay Bato.

Municipal Agrarian Reform Program Officer Ma. Deza Sayo, who led the installation rites on Tuesday, November 24, 2020, encouraged farmers to take good care of the land awarded to them and to refrain from doing what is prohibited under the law like leasing and selling the land.

"I am warning the ARBs that there are violations that will result to disqualification or cancellation of their land titles issued to them if they failed to do their responsibilities as landowners," she said.

Deza further appealed to farmers to do their duties and obligations like paying taxes and land amortizations.

"The agency will continue to give support services for the farmers, but they must organize first as an association or cooperative," he added.