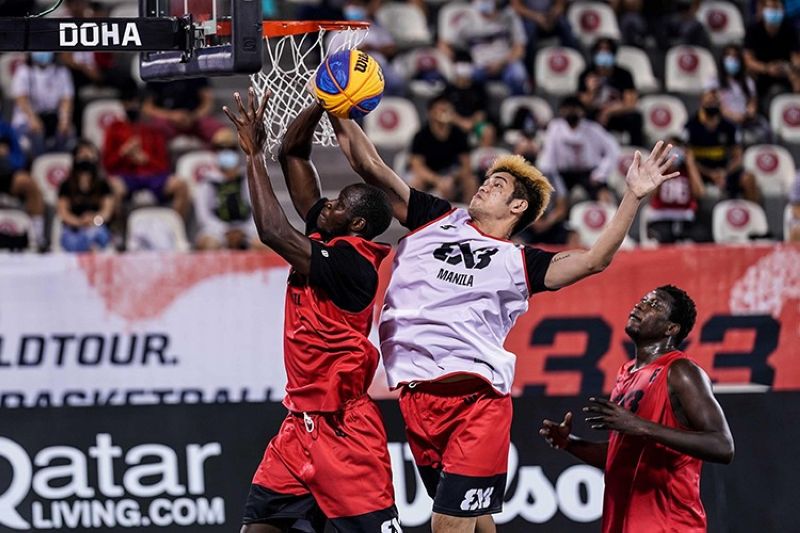 Cebuano forward Leonard “Santi” Santillan has opted not to resign with Chooks-to-Go 3x3 and will declare for the 2021 PBA Draft. (Chooks-to-Go photo)

Cebuano forward Leonard “Santi” Santillan is all set to bring his game to the next level as he is expected to throw his name into the pool for the 2021 Philippine Basketball Association (PBA) Draft.

Santillan has spent the last few years playing 3x3 basketball and is coming off a stint in the FIBA 3x3 World Tour Masters in Doha, Qatar. But with his contract with Chooks-to-Go Pilipinas 3x3 expiring this December, the pride of Lapu-Lapu City thought it best to try his luck in the 5x5 pro league.

In a statement, Chooks-to-Go Pilipinas 3x3 gave its blessings to the quartet on taking the next step in their respective basketball careers.

“Thank you Joshua Munzon, Alvin Pasaol, Troy Rike, and Leonard Santillan for making our country proud over the last two years. We at Chooks-to-Go Pilipinas won't hinder you from achieving your dreams,” read the statement.

“Good luck on your next journey! All of you will always be a Manok ng Bayan!” it continued.

The quartet had been instrumental in getting the country a slot in the 2021 FIBA 3X3 Olympic Qualifying Tournament next year in Graz, Austria. All four players are expected to be taken early in the PBA Draft.

The 24-year old Santillan is a legitimate 6-foot-5 forward who played for UV and De La Salle University in college and then, Marinerong Pilipino in the PBA D-League, and Zamboanga in the Maharlika Pilipinas Basketball League.

Munzon meanwhile, is the top-ranked 3x3 player in the entire country. Pasaol will be another sought-after talent in the draft. A burly forward with an uncanny knack for scoring the basketball, the Davaoeño is the second-ranked 3x3 player in the Philippines who previously played for the University of the East in the UAAP, Petron-Letran in the D-League and Zamboanga in the MPBL.