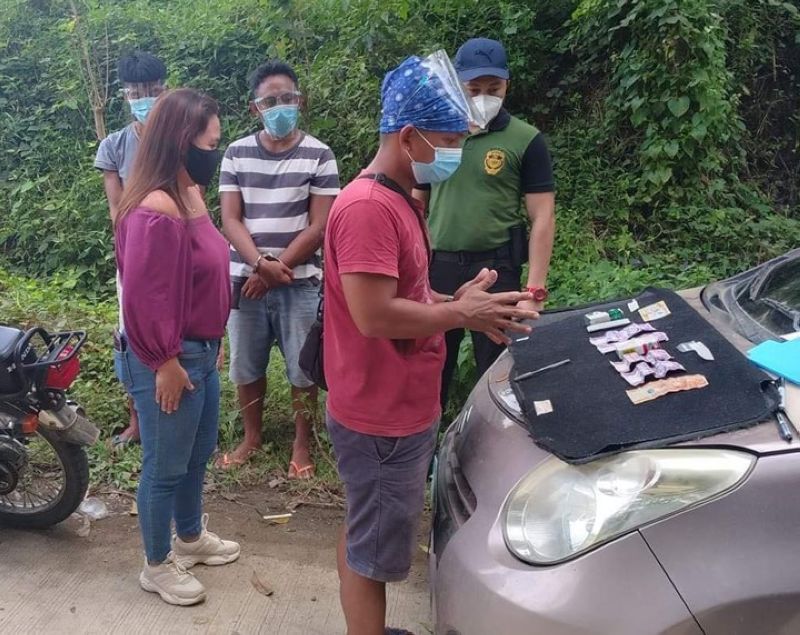 ZAMBOANGA. Philippine Drug Enforcement Agency (PDEA) operatives backed by policemen nab two drug personalities (1st and 2nd from left standing at the back) in a buy-bust operation Wednesday, November 25 in Ipil, Zamboanga Sibugay. A photo handout shows the members of the arresting team conduct inventory of the illegal drugs they seize from the two suspects. (SunStar Zamboanga)

OPERATIVES of the Philippine Drug Enforcement Agency (PDEA) backed by policemen have arrested two persons, including a target-listed drug persnality, in an anti-drug operation in Zamboanga Sibugay, a PDEA official announced Thursday, November 26, 2020.

Margate said the suspects were arrested in a buy-bust operation around 12:30 p.m. Wednesday in Purok Gumamela in Taway village, Ipil, the capital of Zamboanga Sibugay province.

The arresting team seized from the possessions of Velez and Navarro some two grams of suspected shabu with an estimated street value of P13,600, two cigarette boxes, cellular phone, P420 cash, a motorcycle with no registered plate, and P500 marked money.

He said the suspects were detained while formal charges are set to be filed against them. (SunStar Zamboanga)