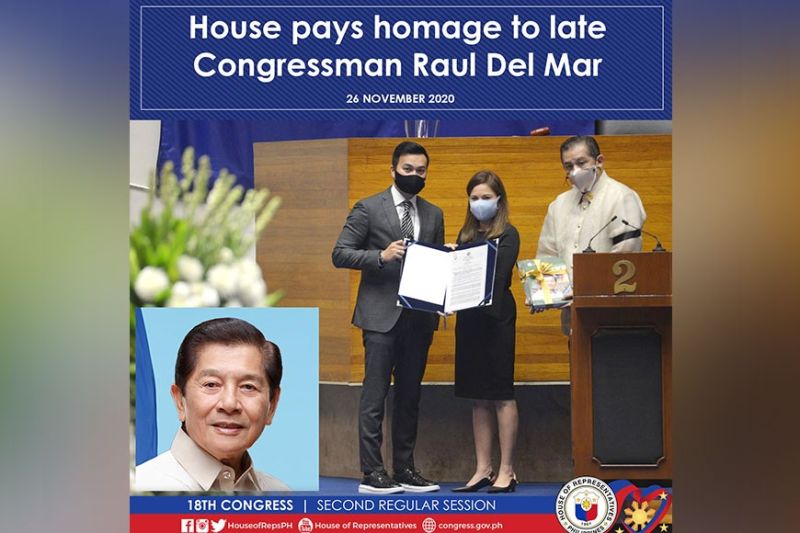 Speaker Lord Allan Velasco led the necrological service for Del Mar at the plenary hall inside the Batasan Pambansa Complex in Quezon City.

The resolution was adopted by the House on Nov. 17, the day the news about Del Mar’s death broke out. He is survived by his wife, Melanie, and his three children, former Representatives Raoul and Rachel Marguerite, and Ryan Benjamin.

That same day, the House suspended its session early to allow its members to mourn the passing of Del Mar, who served as congressman for nine terms since 1987, including the present 18th Congress. Del Mar also served as Deputy Speaker for two terms from 2004 to 2010.

It noted that Velasco’s designation as caretaker was “upon the wishes of the late Rep. Del Mar, as communicated by his family and constituency.”

In his eulogy, Velasco hailed Del Mar as a “great leader, a humble public servant, and the pride of the Cebuanos.”

“He (Del Mar) was also a mentor to me, and with all the respect I hold for him, I would have made him one of my deputy speakers,” Velasco said. (From House of Representatives)