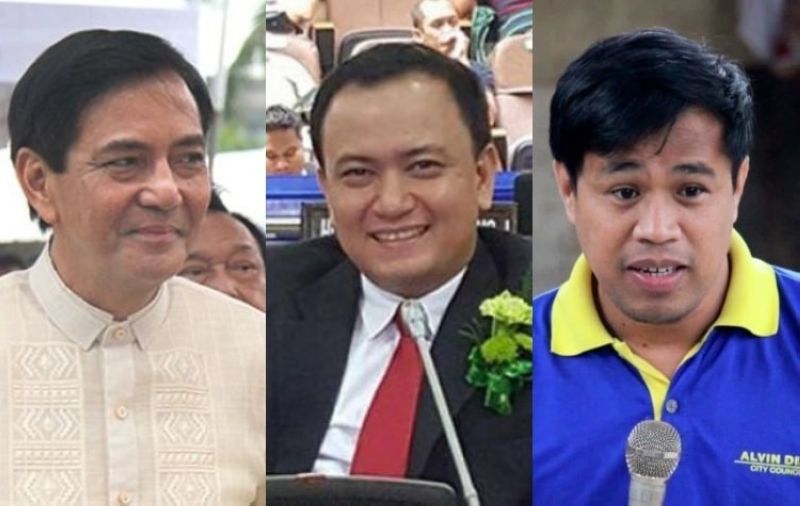 FOR the past few days this week, the Cebu City Council has been holding hearings on the P10.8-billion general appropriation ordinance for the year 2021, even as it has continued pushing for the liquidation of funds totaling P2.5 billion allocated for Covid-related expenses.

APPARENT GOALS. From statements and initial moves made at the hearings, the intent of the Sanggunian has begun to emerge and take shape and might prosper unless Mayor Edgardo Labella intervenes and reins in the Partido Barug members and make them toe the Barug line. The apparent goals:

[1] To slash the budget by P3 billion, sourced to the balance of the proceeds of the sale of South Road Properties (SRP) lots, or even by a lot more if the Council is convinced the treasury can’t have enough revenue to cover it;

[2] To question purchases that the City Council may find “dubious or whatnot” (in Vice Mayor Mike Rama’s words) and refer them to the proper government agencies, including the ombudsman.

P5.5-B SRP MONEY. Councilor Alvin Dizon of BOPK, the Osmena minority bloc in the Sanggunian, Wednesday, November 25 told his colleagues “we can’t spend what we don’t have,” citing Mayor Edgardo Labella’s budget message that pointed to the “unprecedented impact” of the coronavirus on city revenues for the past seven months. Dizon also cited the report of the Cebu Chamber of Commerce on the closures of businesses in the city, which could reach 70 percent by the third quarter of this year.

The Council converted itself into a committee of the whole to hear the department heads. VM Rama stepped down as presiding officer while Majority Floor Leader Raymond Garcia, as chairman of the committee on finance, led the discussion.

“DILI KO MOSUGOT.” After OIC Treasurer Mare Vae Fernandez disclosed to the Council the sources of funds for the 2021 budget, which included SRP proceeds as cash in bank, Rama said he would not agree (“dili ko mosugot”) as a member, saying the money should not be touched. He meant the balance of the P16 billion, which, Fernandez said, is down to P5.5 billion.

Minority Floor Leader Nestor Archival said that if the budget would be eating up SRP money, it would run out by 2023, two years short of the 2025 expiry of the loan.

Rama, admitting he was being “emotional” about the issue, said he wanted the loan wiped out on or before the deadline. He cited the “clear narrative” of former SunStar columnist Juan L. Mercado regarding the SRP debt burden.

TOUGH STANCE ON COVID FUNDS. The Council appears to be taking a tough stance on the liquidation of some P3.5-billion funds, which it has allocated to provide ready resources for the mayor.

After representatives of the General Services department told the Council they have had a hard time collecting and collating the purchase orders they wanted, the Sanggunian, on the motion of Councilor James Cuenco, decided to give them 10 calendar days to complete the submission, with the option to deliver the POs in batches to enable a council committee to meet on December 1 to review them and report to the plenary Council on December 9. Majority Floor Leader Garcia heads the committee with Minority Floor Leader Nestor Archival as co-chair.

The demand for liquidation started with a resolution of Councilor Dizon way back in May when the amount to be liquidated was the initial grant of P1 billion. The total released mostly for Covid funds has since ballooned to P3.5 billion. The common worry, though not expressly aired by the councilors, is that the money might not have been “judiciously and prudently” spent.

BIPARTISAN MOVE. What the Council seems to present is a bipartisan façade with Barug and BOPK members jointly doing the checks and balances.

Making most of the noise about being “fiscalizers” is VM Rama, who punctuated discussion with such sound bites as “the essence of transparency and accountability” and “let’s all be realistic.” In an earlier session, he said about the councilors “not being rubber stamps anymore.” Last Wednesday, he recalled former councilor Margot Osmena’s favorite line “Where is the money?” and his “All or nothing” in the past Sanggunians, which made some people watching the live-streamed session wonder what it was all about.

So far, the mayor has reportedly not yet waded in privately to lobby for the budget he wants in 2021 and quell any protest or expose over Covid spending. City Hall watchers don’t hazard to guess the result if the mayor would step in, whether he could control the Barug councilors or they would already take the cue from the vice mayor.