City to use P50-M Pagcor donation for education 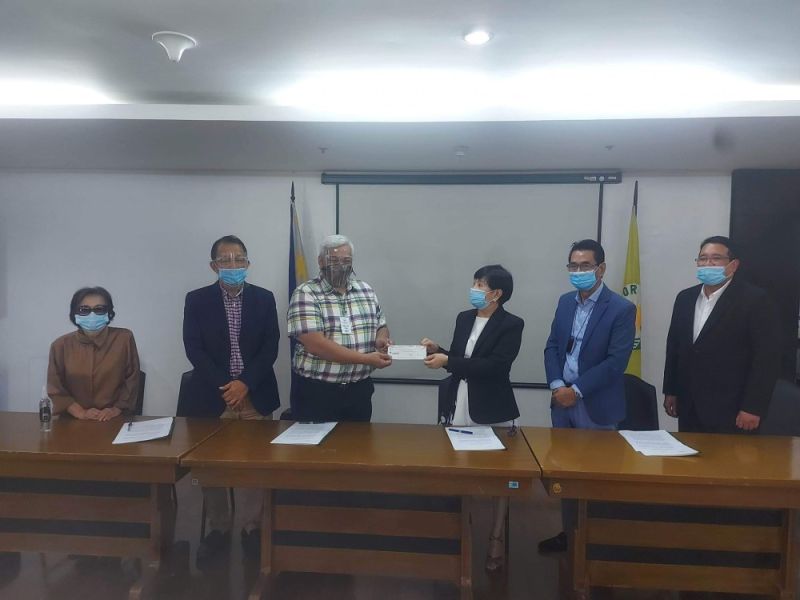 P50M ASSISTANCE. Angeles City Mayor Carmelo Lazatin Jr.. together with Chief-of-Staff Atty. Kercee Lazatin. receives on November 24, 2020, the P50 million in financial assistance from the Philippine Gaming Corporation (Pagcor) to be used for building additional classrooms at the City College of Angeles. (AC-CIO)

ONE additional building with 10 classrooms and two computer labs will be constructed at the City College of Angeles (CCA) after Mayor Carmelo Lazatin Jr. received a P50-million cheque from the Philippine Amusement and Gaming Corporation (Pagcor) on November 24, 2020.

Despite the transition to modular and online learning due to the pandemic, Lazatin wants to ensure that the city is prepared for the return of face-to-face classes.

Dr. Carolina Sarmiento, CCA vice president for administration and quality assurance, said the P50-million donation will be used to construct one building with two computer labs and 10 additional classrooms.

“This in reference to the Angeles City Executive Legislative Agenda for 2020 to 2022,” Sarmiento said.

Despite the challenges presented by the pandemic, the enrollment rate at the CCA increased from 2,481 students last Academic Year to 3,341 students this year.

Lazatin earlier shared that the City Government, through the CCA fund, has purchased tablets that can be used for online classes for the 3,200 scholars.

These tablets will be returned to the CCA library at the end of the Academic School Year 2020-2021 and will be used by incoming students for the following year.

The said donation of Pagcor is part of their various Corporate Social Responsibility projects, including the School Building Program, Christmas gift-giving for indigent beneficiaries, relief operations for calamity victims, and donation of computers and television sets to public schools.

In 2019, Pagcor was the biggest dividend contributor among government-owned and –controlled corporations, remitting P16.17 billion to the government. (AC-CIO)