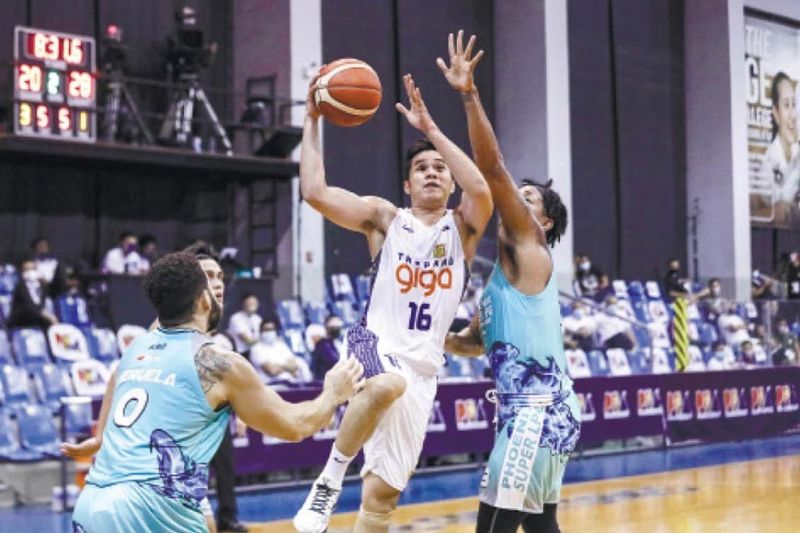 CHALLENGE. Cebuano wingman Roger Pogoy will have to play a great game against the Phoenix Super LPG Fuel Masters on Friday if the TNT Tropang Giga are to move on to the PBA Finals. / PBA

A PAIR of Game 5s on Nov. 27, Friday will decide which teams will advance to the Philippine Basketball Association (PBA) Philippine Cup finals.

The TNT Tropang Giga and the Phoenix Super LPG Fuel Masters tangle at 3:45 p.m. while the Barangay Ginebra Kings and the Meralco Bolts battle at 6:30 p.m.

The winner of those matches will move on to the best-of-seven Finals series for the Philippine Cup title.

Meralco forced the winner-take-all Game 5 with a thrilling 83-80 win over Ginebra in Game 4. While veteran forward Reynel Hugnatan made the go-ahead jumper, it was Raymond Almazan who helped seal the win with a timely block of Stanley Pringle’s potential game-winning layup with just seven seconds remaining in the ballgame.

Afterward, Meralco head coach Norman Black was all praises for his 6-foot-7 center.

“That was a huge block by Raymond. He’s really our inside defender, a guy we count on to be the last line of defense around the basket. He’s still not 100 percent yet, but he’s getting better,” said Black.

Meanwhile, TNT head coach Bong Ravena is hoping that forward Troy Rosario could snap out of his slump come Game 5. Rosario in particular, was simply awful as he failed to score, missing all six of his attempts.

Bobby Ray Parks carried the offensive load for TNT in Game 4, tallying 36 points. The Tropang Giga also got strong contributions from Jayson Castro, Simon Enciso and Roger Pogoy who all scored in double-figures in their 102-101 win that tied the series up at 2-2.

“We’re doing everything to help Troy. We still believe in Troy, in how he can contribute to the team, and we’re still hoping he’ll still step up, especially in this very important game,” Ravena added.