Jeepney inspection in NRA 'til Friday only 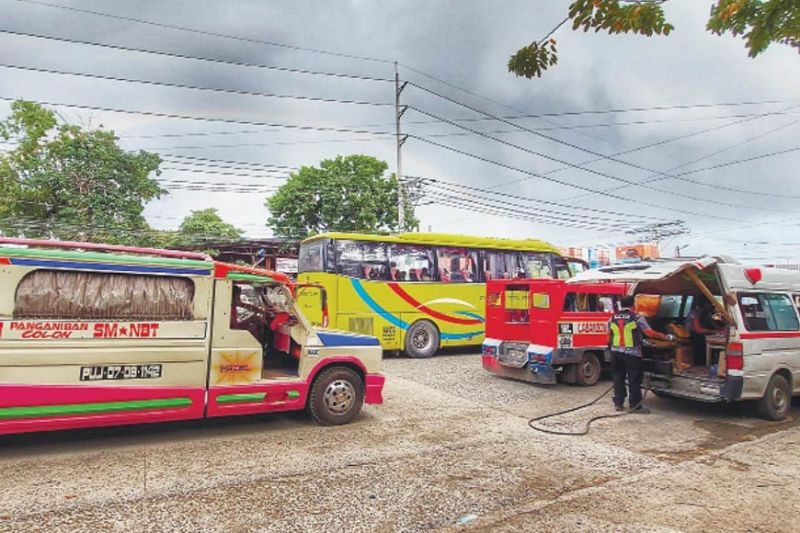 MORE UNITS RETURNING SOON. The traditional public utility jeepneys undergo check-up at the one-stop inspection hub in the North Reclamation Area in Cebu City on Nov. 26, 2020, as one of the requirements for them to be able to resume operations. (AMPER CAMPANA)

THE traditional public utility jeepney (TPUJ) drivers have only until Friday, Nov. 27, 2020, to have their units inspected at the one-stop shop in the North Reclamation Area.

Cebu City Councilor James Anthony Cuenco said after Nov. 27, the TPUJ drivers can still apply for permits and undergo inspection, but they’ll have to do it by visiting the offices of the different agencies.

Cuenco said LTFRB and LTO personnel assigned in the one-stop shop also need to cater to and conduct inspection in other local government units (LGUs).

The one-stop shop in the North Reclamation Area began operating on Nov. 20.

Cuenco said the Jeepney Task Force (JTF) will still continue to process the application of the remaining drivers, but he urged the drivers or operators to take advantage of the remaining time of the one-stop shop for hassle-free processing.

As of Nov. 26, there were 150 TPUJ units that had been given a “Balik Pasada” permit. They are now allowed to ply the city streets.

There are 1,300 TPUJ units registered for the Balik Pasada Program of the Cebu City Government.

Cuenco said of the 1,300 TPUJ units, about 30 percent have yet to go through the inspection.

Since the operation of the TPUJs resumed, Cuenco said the TPUJs have been compliant so far with health protocol, as well as with the traffic rules.

The operation of the TPUJs was suspended in late March when Cebu City was placed under enhanced community quarantine. (JJL)