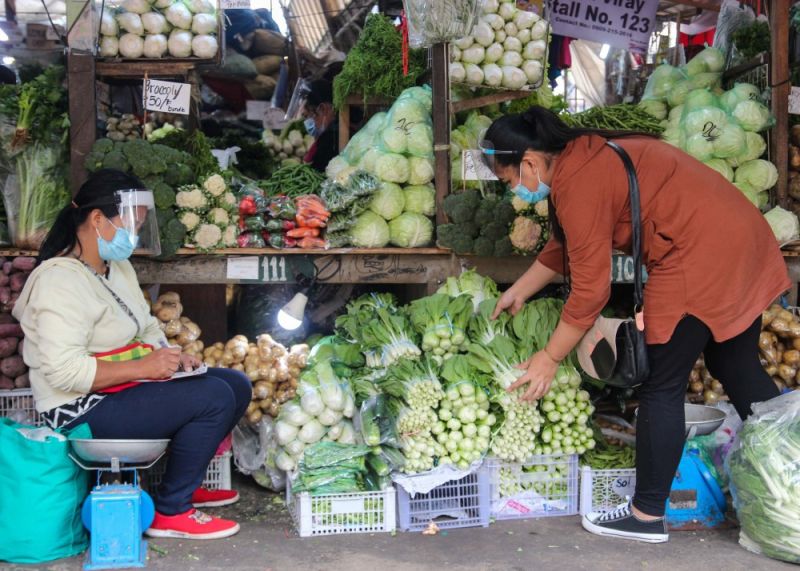 TRADE CONTINUES. Despite being a high-risk area for Covid–19 infections based on the recent Octa Research, traders go on with their daily chores with already nine months, and counting since the country was placed under quarantine. (File photo)

AN INDEPENDENT research group has continued to classify Baguio City as part of high-risk areas for coronavirus infections.

“It must be noted that the situation in Baguio City and Davao City has significantly improved and continues to improve due to the appropriate and aggressive response of these LGUs to reverse the surge of Covid-19 cases in their areas,” the Octa team said.

The team recommends high-risk areas identified in the National Capital Region and other local government units around the country to further intensify their efforts at testing, tracing and isolation to reverse the increase in transmissions in their communities.

The mountain city is also in the top 10 of cities and municipalities with the highest number of new cases per day for the same period (November 17 to 23) placing eight with 24 cases from the 10th to the 16th and the 17th to the 23rd with an attack rate of 8.3 percent and hospital occupancy of 63 percent.

The daily attack rate per 1,000 is based on the two-week period from November 10 to 23, while the occupancy as of November 20 with a critical threshold of 70 percent, established by the Department of Health.

“In the analysis of hotspots, we use as basis the attack rate per 1000, for the most current two-week period. The attack rate is just the number of new cases per day relative to population. For example, a daily attack rate of 5 percent per 1000 means that there are five new cases per 100,000 of population per day. A higher attack rate means more people are getting infected,” the team added.

The team said the increases in new cases for both the country and most especially in the NCR have been observed.

“What is clear is that if this trend continues, it would indicate that we are beginning to see a gradual rise in cases of Covid-19. While this may be a cause for concern it should not be a cause for alarm or panic. The situation in the country is still manageable. However, the data reinforces the view that the current positive trends in the Philippines and in the NCR are tenuous and can easily be reversed if the government, the private sector, and the public become less vigilant and complacent in the fight against Covid-19. The numbers in the report argue for continued vigilance and caution by all in the fight against Covid-19,” the team explained.