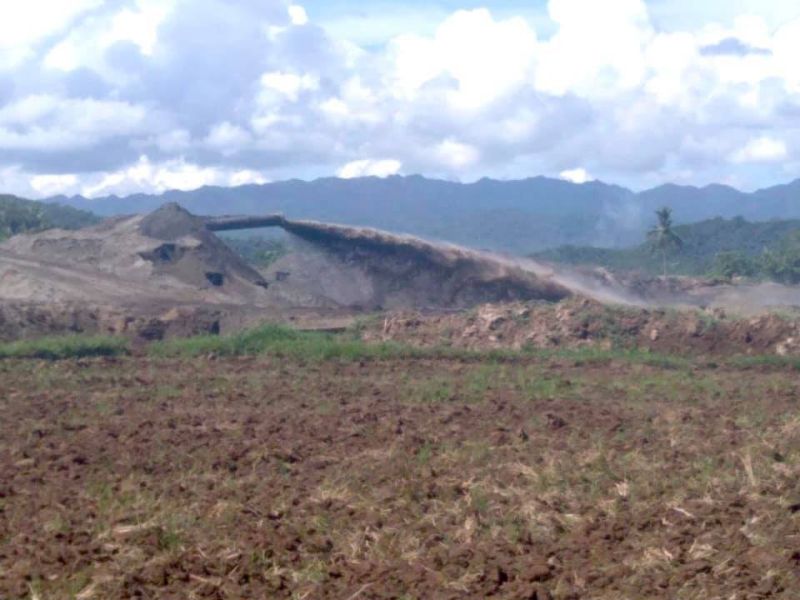 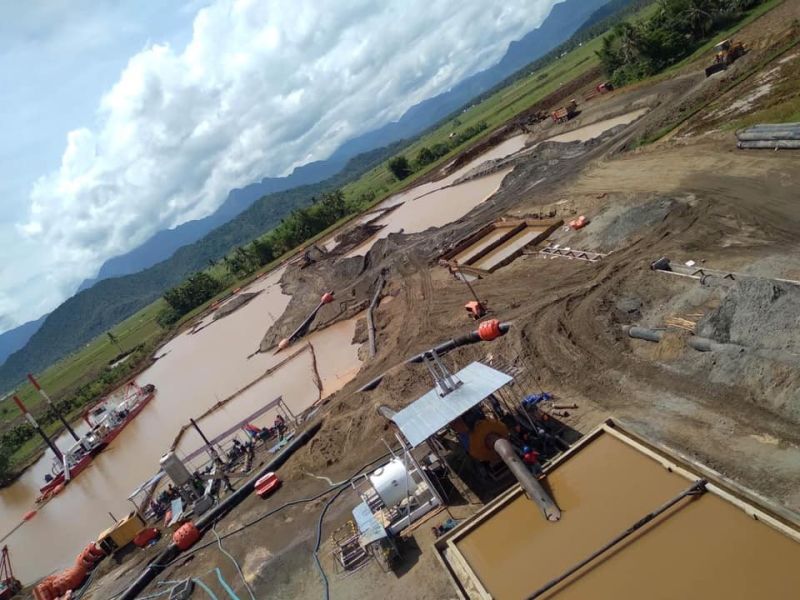 CATHOLIC priest Amadeo Alvero has appealed to government officials for an end to black sand mining operations in the small town of MacArthur in Leyte.

“I am pleading with my bended knees. This appeal I made on behalf of those who love and want to protect our environment,” said Father Alvero.

In his open letter, Alvero, parish priest of the St. Isidore the Worker, called on the attention of the Department of Environment and Natural Resources (DENR), Mines and Geosciences Bureau (MGB), and local officials to the “destruction of the environment.”

The priest cited the recent devastations in Cagayan and other areas in northern Luzon brought by a series of typhoons were aggravated by “environmental-related destructions.”

The letter, which went viral, gained support from the locals who thanked Alvero for tackling the issue.

“A brave one to express concern for everyone's welfare! No one will dare to expose this kind of activity for fear,” read one comment from Alvero’s social media post.

“I know and understand we cannot win our battle against the black sand mining without the help of our dear government leaders. And so I am humbly appealing to the deepest of their hearts to help us stop this black sand mining (in MacArthur) for the sake of those who will suffer and die in the future if we do not protect our environment,” Alvero added.

The town of MacArthur, named after American general Douglas MacArthur who helped liberate the Philippines from the Japanese during World War II, is a fifth-class municipality in Leyte.

The town, with a population of over 21,000 in the 2015 census, gained national attention when a fish kill struck its lake in 2012, decimating the livelihood of villagers.

In November 2013, the town was also devastated by Super Typhoon Yolanda, which killed over 6,000 persons mostly in Leyte and Samar provinces.

No to irresponsible mining

Alvero maintained that he is not against mining.

“I am for anti-irresponsible mining, of which all the previous mining operations were irresponsible,” he told Sunstar Philippines.

“That is why I oppose any mining, particularly black sand mining without first rehabilitation of all the previous mined areas. If the said areas will be rehabilitated, maybe it will soften the hearts of the locals,” Alvero said.

The priest, however, did not identify the mining companies in his post.

He also asked whether the mining activities in MacArthur have the necessary government permits.

In an earlier press release, MGB-Eastern Visayas announced that MacArthur Iron Projects Corporation (MIPC) has inaugurated its dredger and magnetic separator plant and started its debugging on September 28, 2020, in Barangay Maya in MacArthur.

It added that it is “one of the priority mining projects tapped by the government to help the economy which is adversely affected by Covid-19.”

The bureau said, “the mining industry cares for the environment and that it always delivers especially in its commitment to help.”

According to MGB, MIPC’s processing plant has 4,000 tons of iron sand for debugging purposes and is expected to process 8 to 10 percent of its feed with a cut-off grade of 50.

Its process is the physical separation of magnetite concentrate from raw sand via magnetic separators and sieve screens, it added.

In a statement, MIPC debunked the allegations of Alvero.

“The management of MIPC totally denies claims of Fr. Alvero’s baseless posts on Facebook generally implying that an existing mining operation in the municipality of Mac Arthur does not have valid permits and licenses from concerned government agencies,” the MIPC management said on November 20.

The management maintained that it has “secured all necessary permits, licenses and approvals necessary to bring the business operation to its current stage.”

It added that “there is no commercial production yet” in the mining area.

“Equipment necessary for production has recently been assembled and are undergoing commissioning and debugging which makes shipment impossible as wrongly implied in social media,” said the company.

MIPC is reportedly investing P500 million for the operation.

“This includes the responsibilities of MIPC towards stakeholders by our operations and the environment around us. We will, especially, make good of our commitment to restore or bring the utilized lands to its stable and productive state before turning them over to landowners,” the management added.

According to MIPC, it already hired nearly 300 workers in MacArthur.

MGB reported that from 2014 to 2016, mining in Leyte “has significantly contributed to the province’s economic landscape in the form of fees and taxes such as occupation and extraction fees and excise taxes paid by the mining companies.”

Leyte, which is composed of 40 towns, is the largest province in Eastern Visayas.

A first-class province, Leyte has a total land area of 578,382 hectares.

Leyte, known as the site of the largest geothermal plant in Asia, is one of the “resource-rich” provinces of the country.

The bureau said the mining industry “has started to pick up in the province with the exploration in MacArthur.”

In July, DENR said mining could be used to generate additional revenue for the government’s fight against coronavirus pandemic.

“The Philippine mining industry is doing its share to help during the pandemic with a P402-million relief fund that has so far benefited more than 1.4 million households and frontliners across the country,” the department said in a statement.

In a report from Catholic news site Licas.news, green groups denounced the move of DENR’s plan to use more mining and river dredging as a stimulus for Covid-19 recovery.

Alyansa Tigil Mina (ATM), a coalition of organizations and groups who challenged the aggressive promotion of large-scale mining in the country, said that the “minuscule economic contribution of mining to the Philippine economy poses a bigger threat to rural and indigenous communities and the environment.”

The alliance urged the national government “to find better, greener and more sustainable solutions to contribute to stimulating the economy under a new normal.”

In a position paper “Mining and Covid-19,” environmental organizations said there are links between mining, climate change and pandemics.

“Equally disturbing is the priority of our national leaders that seem to be more concerned in ‘opening up the economy’ at the expense of public health considerations,” ATM said.

The green groups also reminded the government that “there is no business in a dead planet, and if we proceed in the dangerous track of opening up more mines and destroy more forests and watersheds, we risk repeating the bitter lessons brought by Covid-19.”

In 2019, jailed opposition Senator Leila de Lima proposed a measure to prohibit black sand mining operations in the Philippines, which according to her, “continue to wreak environmental havoc while placing people's health and livelihood at great peril.”

Citing studies from environmental groups, the senator said that “where black sand mining activities are common, operations have shown to have contributed greatly to the depletion of fishery resources, erosion of land and severe flooding.”

She cited the situation in Cagayan province “where the adverse effects of illegal mining of black sand are obvious, such as the crumbling houses because the sand underneath it is getting eroded, the lessening harvests as the fields were inundated by saltwater, and the suffering fisherfolk due to reduced catch.”

"One of the areas affected by black sand mining operations showed a growing number of cases of skin and lung diseases attributed to the black sand mining and noted other related diseases such as severe eye irritation and hernia," the senator said in a statement.

In 2016, an American study also predicted that areas in Northern Luzon mined for magnetite, or black sand, could sink and be underwater within 30 to 70 years.