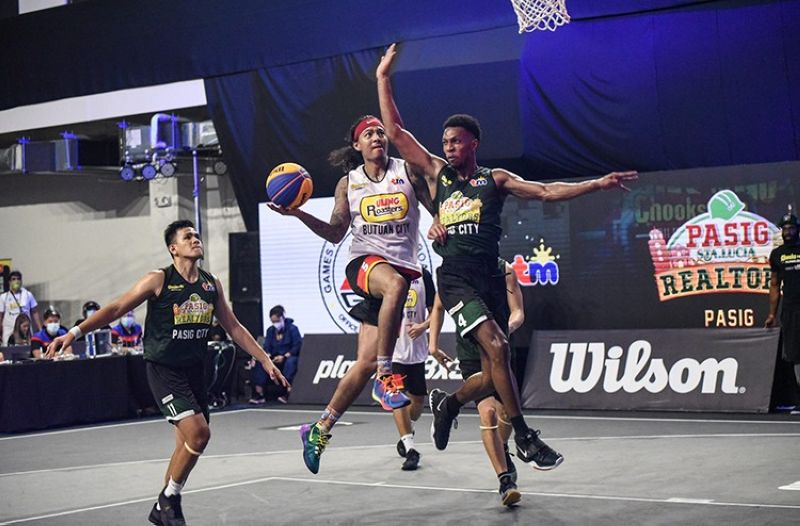 After making his mark in the 3x3 circuit, scoring machine Franky Johnson has announced he is going to put his name in the 2021 PBA Draft. (Chooks-to-Go photo)

Dynamic scorer Franky Johnson has announced that he is moving on from 3x3 basketball and will try his luck in the pro ranks as he is set to join the 2021 Philippine Basketball Association (PBA) Draft.

Ranked the eighth-best 3x3 player in the country right now, Johnson shared in a statement that the PBA was always his goal ever since he moved to the Philippines in 2018 to pursue a basketball career.

“When I came here to the Philippines in 2018 to pursue my overseas professional basketball career, my goal and aspirations were to always play in the PBA,” said Johnson. “It was a league that I always had my mind set on, and a goal I wanted to accomplish since I was playing college basketball back in the USA in 2015.”

Johnson was set to join the 2019 draft but changed his mind at the last minute after getting an offer from Chooks-to-Go Pilipinas 3x3 to play professional 3x3 basketball.

The 6-foot-2 guard has made a name for himself in the 3x3 ranks, winning a title with Phenom-Basilan in the Patriot’s Cup. He was also named the MVP of that tournament. Johnson also led Butuan to a fourth-place finish in the recently-concluded President’s Cup.

Johnson said that he will always be grateful for the opportunities he was given in the 3x3 circuit.

“I am very grateful for the experience with Chooks-to-Go,” said Johnson. “I’ve accomplished great things in the league that I will forever cherish. I’ve had a great run and great experience and I will always be grateful of the opportunity Chooks gave me to thrive and shine in the country’s first-ever professional 3×3 league in the country.” (JNP)