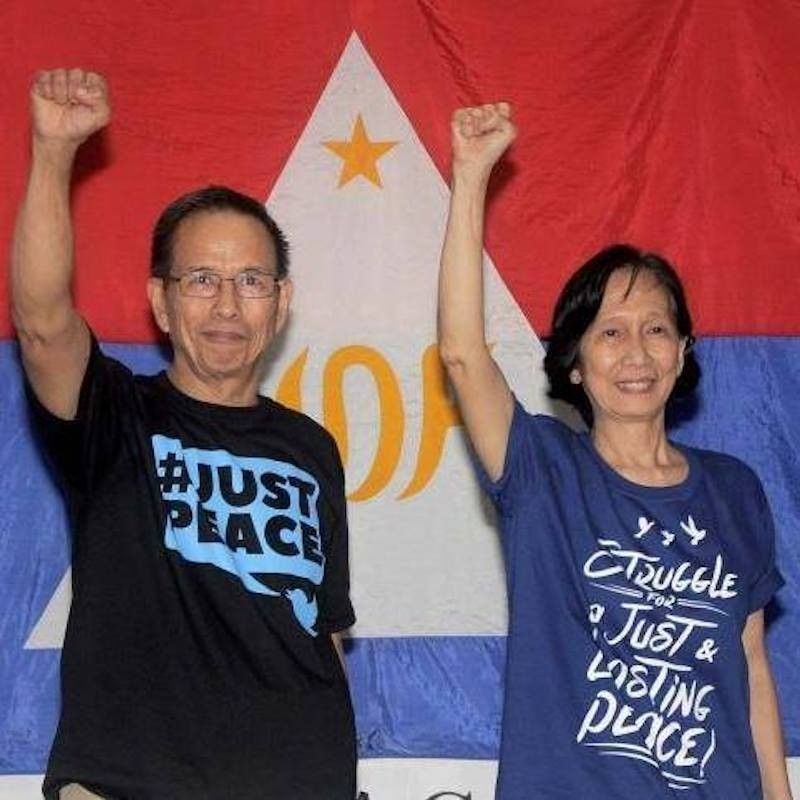 (UPDATED) Couple Benito Tiamzon and Wilma Austria, high-ranking officials of the Communist Party of the Philippines and its armed wing New People’s Army, were convicted Friday, November 27, 2020, for kidnapping and serious illegal detention.

Both were sentenced to reclusion perpetua, or imprisonment of 20 years and one day to 40 years, according to Armed Forces of the Philippines (AFP) spokesperson Major General Edgard Arevalo.

In a Twitter post, Arevalo said the case stemmed from the abduction of Army First Lieutenant Abraham Casis in 1988.

The sentence was handed down by the Quezon City Regional Trial Court Branch 21.

Tiamzon and Austria were arrested in March 2014 in Aloguinsan town in Cebu, but were released on P100,000 bail each in August 2016 to allow them to attend the peace negotiations with the government in Oslo, Norway.

Tiamzon, chairman of the CPP, was a consultant to the NDFP panel.

Austria was a member of the (National Democratic Front of the Philippines (NDFP) Reciprocal Working Group, which was in talks with the government on ending hostilities and disposition of forces.

The peace negotiations with the communists have been scrapped by President Rodrigo Duterte.

Arevalo, in a statement later Friday, said the Armed Forces will hunt down the Tiamzon couple.

He said the couple refused to surrender after peace negotiations failed.

“Benito and Wilma Tiamzon continue to elude the long arm of the law. They’ve violated the provisions of their temporary liberty (as consultants) when they refused to surrender after the peace negotiations failed,” Arevalo said.

“The Tiamzons can run. But just as justice has caught up on them (conviction), we will nab them soon. By then, they’ll be back in jail to pay for the crimes they committed to our people through the many atrocities perpetrated by the NPA which acts they planned and orchestrated,” he added. (Marites Villamor-Ilano/SunStar Philippines)