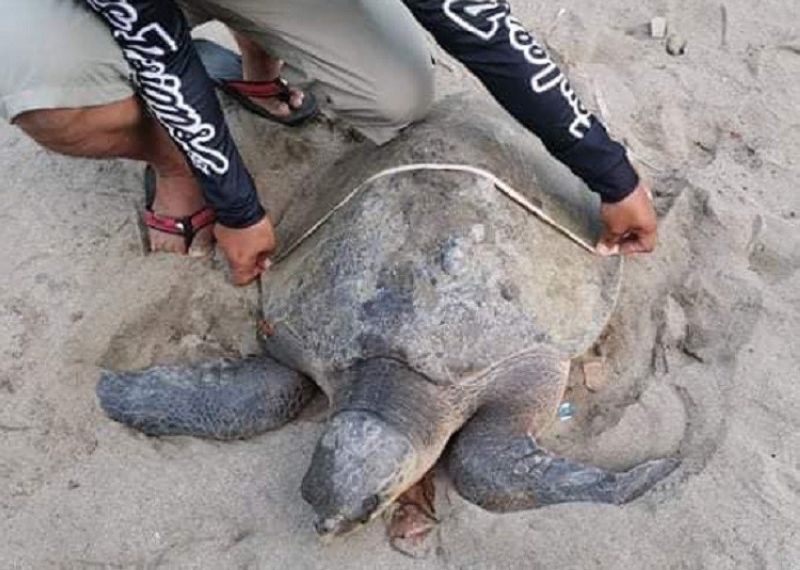 Tan said the turtle was spotted by two concerned citizens along the coast of Lower Bayao and immediately reported their find to authorities.

Tan said upon initial inspection and examination, the turtle was found to be healthy and in good condition.

He said it weighed about 40 kilograms and has a length of 71 centimeters and width of 69 centimeters.

Tan said the olive ridley turtle was released back to its habitat after proper tagging and documentation by the Cenro-Ramon Magsaysay.

The International Union for Conservation of Nature classifies the olive ridley turtle as vulnerable due to the decrease of its population.

The Olive Ridley Turtle, also known commonly as the Pacific ridley sea turtle, is a species of turtle in the family Cheloniidae. The species is the second smallest and most abundant of all sea turtles found in the world, according to the World Wildlife Fund India website. (SunStar Zamboanga)