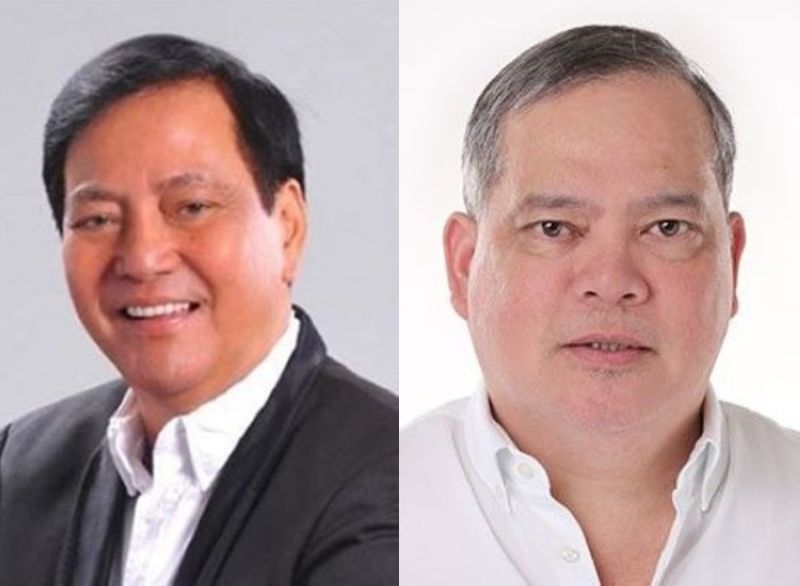 A NUMBER of councilors love to use the word “peruse” when they ask or refer to documents from resource persons or speakers summoned to its public hearing. “Give us a copy of your presentation so we can peruse it.”

They seem to need people who care to listen that they won’t just read the document they ask for; they will read it “in a thorough or careful way.”

“Peruse” (perooz) is formal language but then a legislative body is supposed to be formal although it sometimes lapses into moments when it sounds like a “barkada” session.

How to spend the money

A councilor wanted to find out what money the treasury uses for the 2021 budget. He must have thought it would spend the funds the city actually holds in the bank.

Mare Vae “Ivy” Fernandez, Cebu City’s OIC treasurer, told him the spending of 2021 will be based on the projected collection and fixed income of 2021 plus the actual savings left from 2020.

The councilors may need a refresher on basics of handling public funds. In the old City Council, one councilor thought that money that was held in trust for a specific purpose could not be touched, as in literally untouchable. “Really, you think so?” “That’s what the mayor tells me.”

‘All in the head’

Cebu City Vice Mayor Mike Rama, presiding officer of the City Council, sits as a member of the legislative body that has converted itself into a committee of the whole while conducting a marathon public hearing on the annual appropriation budget for 2021.

But as presiding officer, he is not treated like any other member. Rama can speak anytime he wishes to or, more accurately, budget and finance committee chairman Raymond Garcia, the actual presiding officer, allows him to butt in at will.

In one such moment, while the head of the city health department was answering a question on the “mission and vision” of his office, “member” Mike recalled that one time, when then-mayor Tomas Osmeña was asked about his masterplan for the South Road Properties, Tomas could not produce any written plan but he said “it’s all here,” pointing to his head.

‘Committee of a whole’

When VM Mike Rama repeatedly referred to the City Council as a “committee of a whole,” a councilor texted a colleague, “the whole or a whole”?

-- “Not important. Just choice of article.”

To be sure, it is not totally serious. The Top 10 list in Jayson Monteclar’s “The Not So Late Show” (check it out Thursday to Saturday on the internet) often drips with sarcasm or is laced with some bit of spite.

The list in Episode #22 -- titled Oplok and aired Thursday, November 26 -- is about “Mga Komentaristang Sikat ug Ngano” and must interest people not so much for the info about who are “sikat” as for why they are.

Two (#8 and #7) apparently rate for talking about doings in the courts and prosecutors offices or for espousing some cause of justice (JM didn’t specify): Super Lloyd Suarez of dySS with his affidavits, and Jun Zaldy of Bombo Radyo, “Tingog sa Dinaogdaog.”

Three for their noise, style of talking, or use of canned device: dyHP’s Ruphil Banoc (#3) for his “machine-gun” speed of delivery; dyCM’s Chito Aragon (#5) for his “bombastic” comments; and Eric S. Manait, also of dyCM, for his pitch of voice that can rouse people in the morning more effectively than cock’s crow.

Two for their capacity to put people to sleep: dySS’s Bobby Nalzaro (#1) who is compared to Mike Tyson, the boxing champ who knocks out ring rivals; and dyLA’s Junnex Napallacan, who is described as “buotan” and talks like a priest, whose calming method on people is different but the result may be the same.

Only one is listed for speed and quality of information: dyRF’s Choy Torralba (#3) who gives you tomorrow’s news and gossip today, including some bits that you won’t ever see or hear in the news media.

It’s JM’s personal list, which, by the way, doesn’t give basis for the ranking (size of audience and influence or clout on public policy or governance). No polling source is disclosed. Inevitably, the “Not So Late” audience will take it with a grain of salt, for entertainment only.

This may explain why no broadcaster is cited for persuasive argument and capacity to explain a complex issue with the ability to keep audience attention until the next commercial break.

P.S. Leo Lastimosa of Sibya TV is listed as #4 but the reason for his spot is ambiguous and needs a rewind to clarify.

No one is cited for humor or wit, which is one of the means to draw and hold listeners. Or for fairness and respect for facts, the hallmarks of a good commentary.