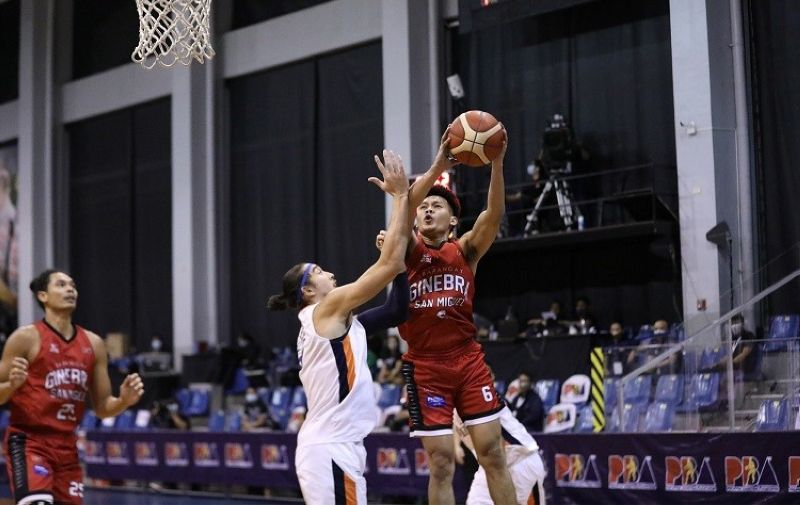 PAMPANGA. Scottie Thompson played the role of hero for Ginebra as he made a three in the dying seconds to send the Kings to the PBA Philippine Cup finals on Friday. (PBA photo)

SCOTTIE Thompson canned a three-pointer with less than a second remaining to send the Barangay Ginebra Kings past the Meralco Bolts, 83-80, and into the finals of the PBA Philippine Cup on Friday, November 27, 2020, at the Angeles University Foundation Sports Arena in Pampanga.

With the game tied at 80-all after Meralco’s veteran forward Reynel Hugnatan swished a three-pointer of his own from the top of the arc with 14 ticks to go, Ginebra moved the ball around and got it to Thompson, who rose from the corner and sank a triple over the outstretched arms of the Bolts’ Bong Quinto.

With no timeouts remaining, Meralco wingman Chris Newsome was forced to heave up a longshot that went awry as time expired.

The thrilling victory gave Ginebra a 3-2 series win and a spot in the best-of-seven finals where they will take on the TNT Tropang Giga. Game One starts on Sunday, November 29, at 6 p.m.

Thompson’s game-winner capped off a spectacular night for the versatile wingman, who compiled 20 points, 12 rebounds and seven assists.

Stanley Pringle led Ginebra in scoring with 22 markers while LA Tenorio pitched in 14. Japeth Aguilar had a muted Game Five with just 12 points.