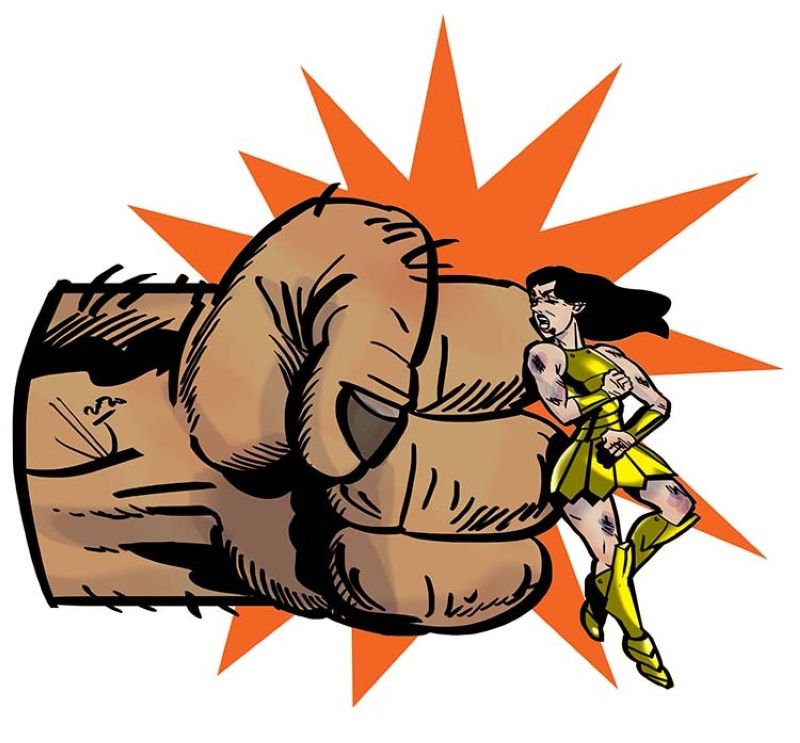 The mental state of many individuals has been affected by months of lockdown to try and contain the disease, which have resulted in the shutdown of many business establishments and the loss of jobs of thousands of workers, many of whom are men.

Many of these men also happen to be the sole breadwinner of their families.

One might think the sudden loss of income and the pressure to provide for the needs of the family would drive some men to violence, but the figures suggest that these have not.

The cases of violence against women between July and September this year were fewer compared to the same period last year, according to a report by the Department of Social Welfare and Development (DSWD) 7.

The National Demographic Health Survey 2017 released by the Philippine Statistics Authority showed that one in four Filipino women, aged 15-49, “has experienced physical, emotional or sexual violence from their husband or partner.”

Republic Act 10398 also declares Nov. 25 of every year as the National Consciousness Day for the Elimination of VAW and Children, which mandates government agencies to raise awareness on the problem and the elimination of all forms of violence against women and girls.

Majority of the cases, or 109, involved sexual abuse or sexual exploitation.

The World Health Organization (WHO) defines sexual abuse as “actual or threatened physical intrusion of a sexual nature, whether by force or under unequal or coercive conditions” and sexual exploitation as an “actual or attempted abuse of a position, vulnerability, power or trust for sexual purposes including, but not limited to, profiting monetarily, socially, or politically from the sexual exploitation of another.”

Quintana did not explain why the number of cases dropped or if the current coronavirus pandemic had anything to do with it.

A man, who passed out outside his house in Barangay Tisay, Cebu City, was stabbed by his wife after he tried to hit her with a plastic chair because she had awakened him and asked him to go inside.

The man refused to press charges against his wife, saying he was worried about their children. The wife said her husband often physically hurt her when he was drunk.

The government’s campaign to raise awareness against all forms of domestic violence might have empowered the wife to finally put an end to her husband’s abuse. That, or she has finally had enough.

Either way, the current trend is a positive sign that the country is well on its way to eradicating discrimination and gender inequality. Perhaps it’s part of the new normal.