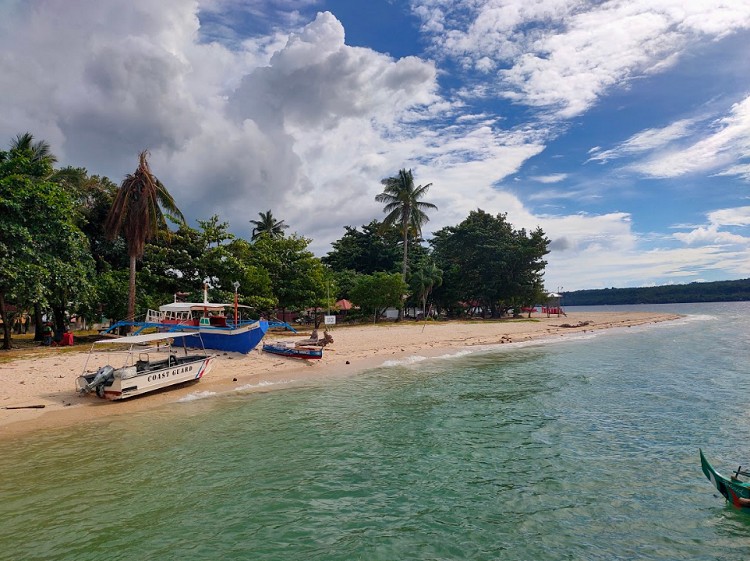 IMPROVEMENTS. The Samal Consumers Welfare Coalition is calling on the local government of the Island City Garden of Samal to improve the power situation on the island. (Photo by Rj Lumawag)

THE Samal Consumer Welfare Coalition (SCWC) is calling on the local government of the Island Garden City of Samal (Igacos) to improve the power situation on Samal Island.

"We, residents of the Island Garden City of Samal and customers of the Northern Davao Electric Cooperative (Nordeco), strongly urge the city government to take steps to improve the electricity situation in the island. We believe the city government is aware of the longstanding problems that have been plaguing us for many decades now," the consumer group said in a statement emailed to SunStar Davao.

At present, Samal Island is being powered through a decades-old 13.8-kilovolt (kV) submarine cable. The submarine cable has caused several power issues on the island for the past several years.

In 2016, the submarine cable was severely damaged after it was dragged by the anchor of M/V Ecuador of Seaview Cargo Shipping Corporation.

The consumer group said people on the island are experiencing "frequent power outages."

"Hardly a day goes by that there is not a brownout somewhere on the island. This affects households, schools, businesses, and all other sectors that rely on a steady supply of electricity. Our students in particular are heavily affected during this pandemic because their classes are conducted online. Businesses have also been losing income not just because of the travel restrictions brought about by the quarantine but also because of the brownouts," the group said.

It added that the fluctuations in power are also damaging household appliances and other electronic devices.

"Modern appliances and equipment can be sensitive to dips in voltage. This has resulted in damage to these vital tools that we need in our households, classes, and businesses," SCWC said.

The group also said despite the "inefficient" power service on the island, consumers on the island still experience high power rates.

"We in Samal actually pay a premium price for our electricity. At P10.88 per kilowatt-hour (kWh), it is P1.74 higher than the P9.14 per kWh charged by Davao Light and Power Company (DLPC) across the gulf," the group said.

It said the plan of Nordeco, formerly the Davao del Norte Electric Cooperative (Daneco), to lay down a new P1.1-billion 11.5-kilometer submarine cable connection could further increase the power rates on the island. The group said Nordeco "will simply pass on the cost to its consumers" for the construction of the submarine cable spanning from Pantukan, Davao de Oro to Aundanao, Peñaplata.

In a bid to improve the power situation on the island, the group is recommending that Nordeco upgrade the existing submarine cable.

"On the medium term, the city government and Nordeco can consider simply upgrading the existing submarine connection to Davao City, which is less than one kilometer in length," SCWC said

It also suggested that the local government revisit the negotiations with the Davao Light and Power Company, a subsidiary of the AboitizPower.

"We understand that the city government held talks with DLPC for a takeover of the power distribution in Samal, but the agreement did not push through for some reason. We urge the city to talk again with Davao Light as we believe that with the island’s proximity to Davao City and the building of the Samal-Davao bridge, it will be more efficient and ultimately cheaper for us to be under Davao Light," SCWC said.

The group also said the Samal Island-Davao City Connector (SIDC) Project will benefit the power situation on the island.

"In the long term, the city can work with the planners of the Samal-Davao Bridge so that it could be used as a channel for a new power cable that can run from the mainland to Samal Island," they said.