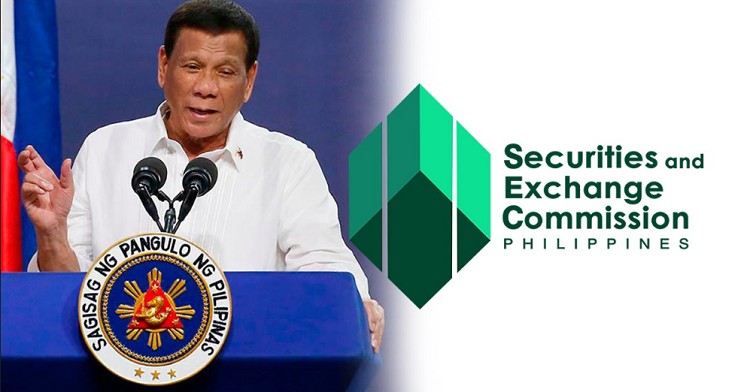 DESPITE the Covid-19 crisis, the Securities and Exchange Commission (SEC) Davao Extension Office has warned the public against a text scam that uses the name of President Rodrigo Duterte.

In an advisory, SEC cautioned the public from engaging in a text message saying that they have won P750,000 through an “electronic raffle” organized by the “President: Rodrigo Duterte Charity Foundation.”

The agency said they were prompted by recent reports from the public who received text messages using the name of the President.

SEC said the foundation is not registered as a corporation nor a part of the Policy and Specialized Supervision Sector of the Bangko Sentral ng Pilipinas (BSP). Both agencies confirmed that the electronic raffle is fake.

The commission said the fraudster would allegedly ask for money from recipients before the latter could claim the supposed cash prize.

"The recipient is instructed to contact a hotline number. To give a semblance of authenticity, a government approval number, such as one allegedly from the Department of Trade and Industry is quoted in the text message, such as 'DTI#0432 Series of 2020," SEC said in an advisory.

Despite constant reminders and issued advisories, such scams continue to proliferate.

The public is reminded not to reply nor call back the scammers and, instead, report them immediately to SEC, BSP, or any agencies that are mentioned in the text scams.

SEC said those who engage in these scams will be facing charges in violation of the Revised Penal Code, the Cyber Crime Law and Data Privacy Act.

They will also face charges in violation of Section 6 (f) of Republic Act No. 11469 or the Bayanihan to Heal as One Act, which provides "the following offenses shall be punishable with imprisonment of two months or a fine of not less than P10,000 but not more than P1 million, or both, such imprisonment and fine, at the discretion of the court."