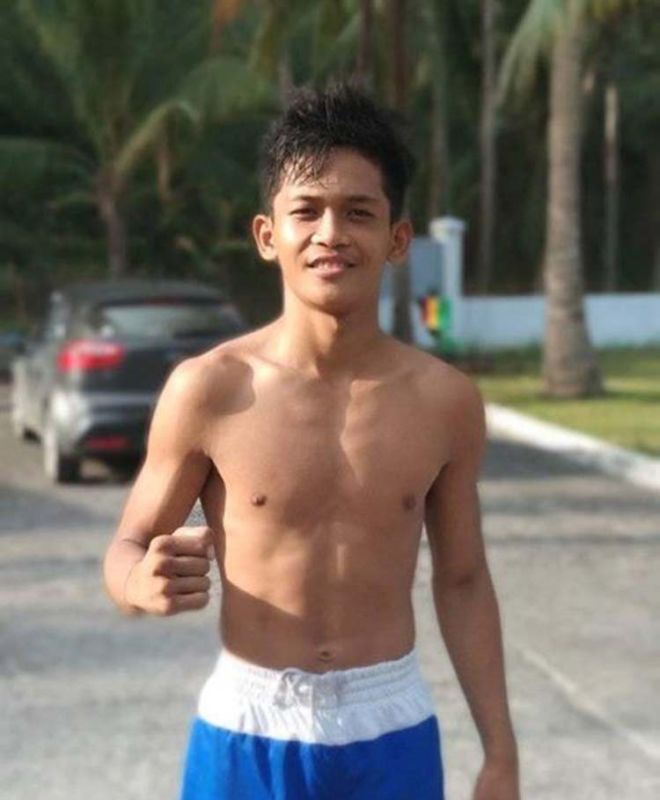 THE Villamor brothers are given the task to guide and develop the career of promising Cebuano boxer Reymart Tagacanao in his dream of becoming a future star and a world champion in boxing.

Tagacanao, 21, signed a four-year deal to train under the guidance of Edito and Edmund Villamor at the Villamor Brothers Boxing Gym in Mandaue City last Nov. 26.

“This kid has a huge future ahead of him,” Edito told SunStar Cebu.

“He just needs a little adjustment with his style. He has all the basics. He also has power. But the most important thing is his attitude toward training, his courage and his respect for his manager. He’s a very hard worker and does not say ‘no’ in training. Hopefully he doesn’t change. We met his parents and they are very decent people.”

Tagacanao, a native of Napo, plans to turn pro in 2021 and will be the Villamor Brothers Boxing Gym’s first pro boxer aside from four-division world champion Donnie Nietes.

“Thank you, coach Edito Villamor and coach Edmund Villamor for accepting me to be part of your boxing team. I will do my duty as a boxer and do everything that I can to achieve my dreams of becoming a good boxer and a champion,” said Tagacanao, one of the most talented amateur boxers from the Napo Boxing Club in Carcar City.

The Villamor brothers are a very good judge of talent and have honed world-class boxers with the likes of Nietes, Milan Melindo, Z Gorres, Rey “Boom-Boom” Bautista and AJ Banal, to name a few.

“He’s an orthodox boxer, but he can easily adjust to two different styles,” said Edito. “We hope that this pandemic will end so that he can already kick off his pro career.”

Tagacanao’s manager Jake Navasca entrusted his young pug to the Villamor brothers and chose them because he believes they are among the elite trainers in the Philippines that have vast knowledge and experience in the sweet science.

“My role is to ensure that Reymart receives the best training possible and to provide the necessary support, people and environment conducive for his boxing talent to flourish and fully develop, so that each time he steps into that boxing ring, his hands are the only ones raised in victory,” he said.

“Ten years from now, I hope we all can look back to this day and celebrate together with the success we have accomplished through the forging of today’s (Nov. 26) partnership.”