‘The King’ looking to knock out Akhmetov 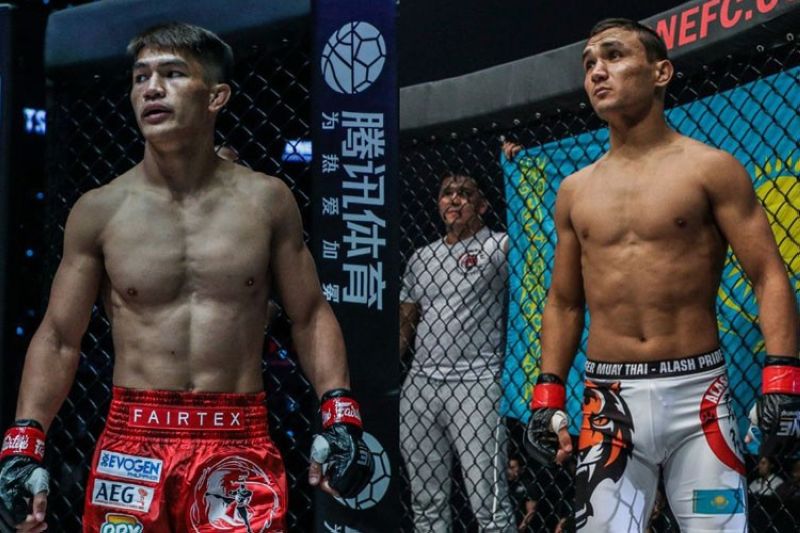 FORMER ONE World Title challenger and current #2-ranked flyweight Danny Kingad is finally getting a shot at the man he’s called out for so long.

Kingad will face former ONE Flyweight World Champion and current #3-ranked flyweight Kairat Akhmetov of Kazakhstan at ONE: Big Bang, which broadcasts live from the Singapore Indoor Stadium in Singapore on Friday, December 4.

Kingad has long clamored for a showdown with Akhmetov, and now he’s looking forward to finally getting the chance to face him in the ONE Circle.

“I’ve wanted to face him for a long time because I want to test my skills against him, particularly in wrestling. It’s not going to be easy, but it’s going to be a fun fight,” said Kingad. “I think I’m better than him in the striking department, but we’ll have to wait and see in the fight. He’s improved a lot.”

Against Akhmetov, Kingad faces a three-time National Greco-Roman Champion in Kazakhstan, and a regional taekwondo champion.

The biggest misconception about Akhmetov is that he doesn’t have the striking skills to match his wrestling, but Kingad believes otherwise.

“I think his biggest strength is that he’s very well-rounded. He has good wrestling skills, but he’s not just a wrestler. He can strike too, and I shouldn’t underestimate him,” said Kingad. “I think I’m better than him all-around. I’m very proud of my skills, and I think I have the best team behind me. We’ve prepared very well for this fight. We have a good strategy coming into this. I want to win for my family, my fans, and for the Filipino people.”

ONE: Big Bang is the first of ONE Championship’s live event offerings in the month of December. The main event features a showdown between ONE Light Heavyweight Kickboxing World Champion Roman Kryklia of the Ukraine and challenger Murat Aygun of the Netherlands.

If Kingad beats Akhmetov, it could set him up to face the winner of the highly-anticipated title showdown between reigning ONE Flyweight World Champion Adriano Moraes and former UFC Flyweight Champion Demetrious Johnson.

Kingad is fully fixated on victory, working double time with his comrades at Team Lakay. The Filipino star is aiming for a spectacular performance, one that will signal his readiness to challenge for the world title once more.

“Of course, he’s very good on the ground, has strong control, and can finish opponents on the mat. If he had any area of weakness, it would have to be in his striking. That’s what I’m going to try to expose. I’m focusing on that,” said Kingad.

“I don’t know how the fight will go. We’ll know once we’re in there. But I’m definitely going for the finish. I think this won’t last two rounds. It will end with a second round knockout.”