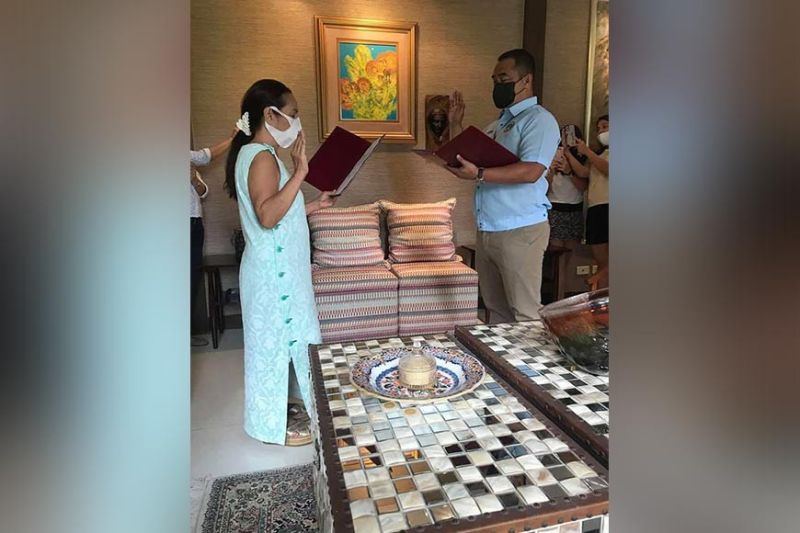 “We are confident that with [Arroyo’s] able guidance and economic expertise, Clark will be able to complete legacy projects that would benefit not only [Central Luzon], but the entire country as well,” CDC President and Officer-in-Charge Engineer Mariza Mandocdoc said in a statement.

“With Arroyo’s stature before the international community, honored leadership, and clear and comprehensive vision for the country’s bases development, Clark Freeport Zone will be greatly benefitted and will be propelled to be a modern aerotropolis and a major business and economic hub it has been envisioned to be,” she said in her statement.

Mandocdoc also assured Arroyo of their respect and support to her leadership.

“Her wisdom and gravitas will be invaluable in making the vision of Clark as the next premier metropolis of Asia a reality,” the BCDA said.

Arroyo took her oath as the presidential adviser for Clark programs on November 26 before Barangay Captain Joseph Mahusay of Pansol, Quezon City.

“This is an immense undertaking that was one of my priority thrusts during my presidency, and I am grateful to President Duterte for his trust in empowering me to provide advice on this economy-boosting initiative once more. Let us join hands with government and business movers and shakers to turn Clark into Asia's economic powerhouse in the 2020s!" Arroyo said in a statement.