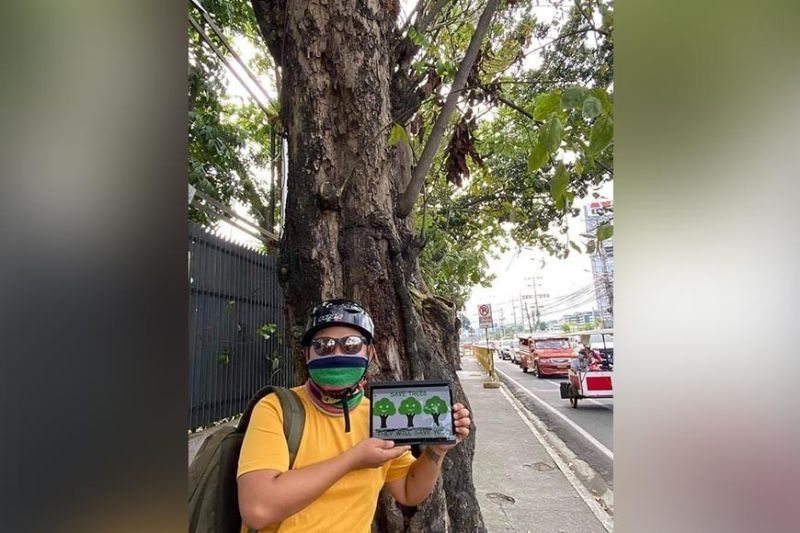 ENVIRONMENTAL groups have called on the Department of Public Works and Highways (DPWH) Davao City District Engineer’s Office to reconsider the proposed plan of a new laybay, which would include the cutting of eight trees planted along the sidewalk of Ateneo de Davao University (AdDU) Grade school/High school Matina campus.

On Thursday, November 26, Ecoteneo and the Interfacing Development Interventions for Sustainability (Idis) sent a letter of concern to Engr. Richard Ragasa of the City District Engineering Office after learning that eight old trees, mostly Narras, are planned to be cut to give way to the laybay or road widening plan discussed between AdDU and the DPWH two weeks ago.

In an interview with Idis Executive Director Chinkie Golle, she said the trees are already 60 to 70 years old as per their geotagging.

Golle said what they see as an ideal option is to revise the laybay development plan and incorporate more trees instead of cutting the existing ones. Another option is for AdDU to “move their fence a little bit" to provide more space for the laybay and the McArthur Highway sidewalk.

Golle also said they are hoping that Davao City Mayor Sara Duterte-Carpio would issue a public statement or a policy to stop the removal of trees in the urban area in the city.

“We will continue to do multimedia campaigns. We also plan to conduct ribbon tying of trees just like what we did with Dacudao Avenue trees. We will continue to monitor the trees along McArthur Highway. We urge the city council members to act on this because this is a relevant issue. We know that all the projects also have to secure the resolution of no objection so they should start working on the development of a policy that will regulate the continuous urban deforestation,” added Golle.

SunStar Davao reached out to DPWH Davao Region but has yet to be given a response on the issue. A statement from the AdDU engineers as well as the copy of the proposed plan is currently being sought.

This is not the first time that trees in downtown Davao were cut. By the later portion of 2019, trees planted on Clifford Park, an island fronting Davao City Central Post Office, were also cut to give way to the Clifford Freedom Park Development Plan. This move by the government drew negative comments from environmental groups and netizens.

Duterte-Carpio apologized to the public shortly after through a statement and committed to “carrying out more programs to establish rural and urban green spaces, promote ecological balance, sustainable utilization and management of resources, and to continue raising public awareness of the importance of environmental protection.” (JPA)