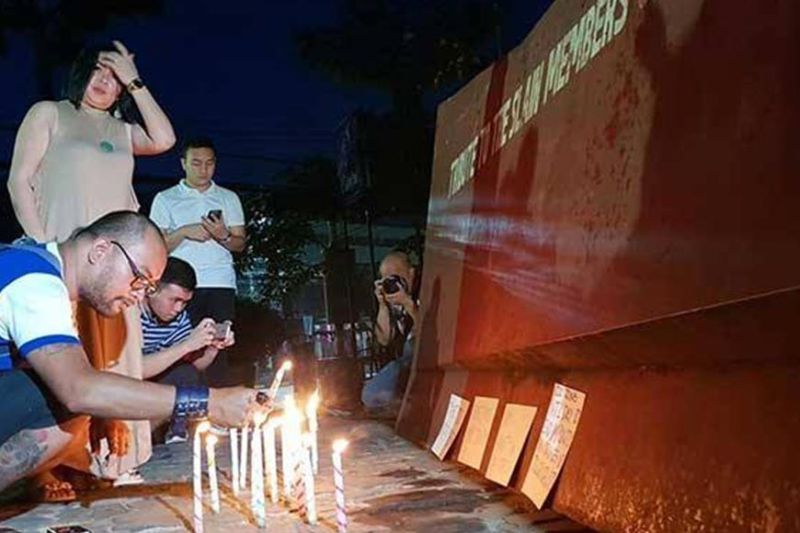 EYES ON JUSTICE. The culture of impunity is fixated on blaming the victim. By this misdirection, we normalize the use of violence to settle conflicts, grudges, even the delay or failure of legal and civilized remedies to secure justice. (SunStar file)

THE pernicious effects of impunity reveal themselves in a common question raised whenever another journalist, lawyer, “lumad” leader or human rights advocate is killed: What was he or she involved in?

It is more than curiosity directing a question that speculates about the victim’s past rather than on the perpetrator of the crime. We question the integrity of a victim in assuming that he or she “invited” the attack and his/her killing was “deserved” or “justified.”

A mindset that naturalizes impunity is also seduced by the populism wielded by leaders and parties that justify shortcuts in or detours from democratic processes to appease citizens who are frustrated by elitism and demand instant redress for the exploitation of the masses.

Attacks against individuals fighting corruption and other irregularities are also carried out using other means of intimidation. The weaponization of the law and the internet was raised by speakers during a Nov. 22 webinar to mark the 2020 International Day to End Impunity for Crimes Against Journalists, reported Kate F. Denolang in SunStar Cebu.

In the webinar, University of the Philippines professor Walden Bello and Rappler CEO Maria Ressa pointed out how the Congress did not renew the franchise of the ABS-CBN network and Ressa and a former Rappler colleague were convicted of cyberlibel.

Framing the attacks or threats against media lapses and abuses; bludgeoning citizens with the repetition of these cases to hammer in the tyranny of numbers and the normality of the abnormal; and spreading through social media disinformation and hatred against journalists, lawyers and other victims have been effective in making many citizens avoid and dismiss the issue of impunity.

As reported by SunStar Cebu, Lawfare webinar speaker Sen. Leila de Lima, the chairperson of the Senate committee on social justice, emphasized the importance of a media-literate citizenry that will not be intimidated from confronting and fighting the culture of impunity.

To buttress the people’s will to sustain the discourse upholding democracy, which includes dissent, resistance and criticism of authorities that are held accountable for their powers, the detained senator stressed the importance of a free press to inform citizens and keep democracy working.

An informed, critical citizenry will not exempt the press from its vigilance and scrutiny since the powers of reporters, editors, and publishers can be wielded to serve interests that conflict with public welfare.

Towards the end of September 2020, the United Nations Educational, Scientific and Cultural Organization (Unesco) reclassified the Maguindanao Massacre case as “ongoing or unresolved” in response to an appeal sent by over 100 individual and organizational signatories after the Unesco considered the case “resolved” in early September.

Fifty-eight people were massacred, including 32 journalists, and buried in mass graves in the town of Ampatuan in Maguindanao Province on Nov. 23, 2009.

In December 2019, 28 principals, including eight members of the Ampatuan clan, were found guilty of the then 10-year-old mass killing. The Quezon City Regional Trial Court ordered the arrest of 80 suspects, who, up to this writing, remain at large.

In retaining the Maguindanao or Ampatuan Massacre as “ongoing or unresolved” in the Unesco Observatory of slain journalists, the international organization underscores the continuing obligation of the Philippine judicial system to resolve the injustice committed against 58 victims and their families. To bring the guilty to justice, there is no sleep for the vigilant.