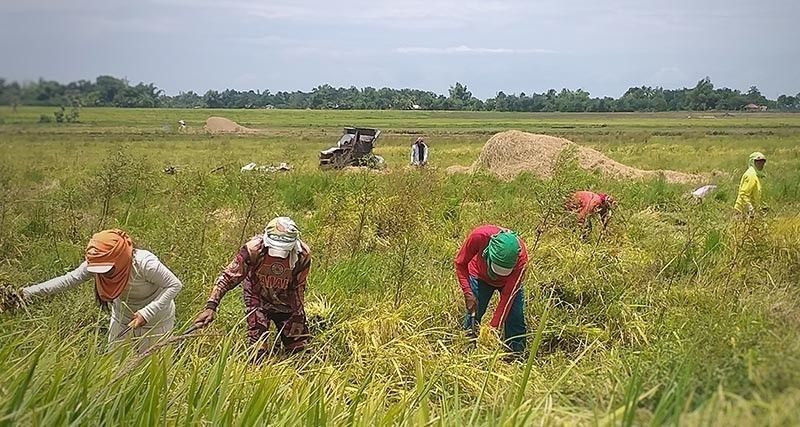 TRANSPORTATION was not the only sector affected by the coronavirus disease 2019 (Covid-19) pandemic.

Seventy percent of the total produce of farmers in Cebu City’s mountain barangays did not reach public markets in the lowlands.

City Agriculturist Joelito Baclayon said many farmers opted to sell their products at home or along the Transcentral Highway at a much lower cost.

From April to June, farmers were forced to sell some of their goods for as low as P5 per kilo, or an 87.5 percent drop from pre-pandemic prices.

Baclayon said the closure of restaurants, hotels, businesses, schools, transportation and tourism when the city was placed under enhanced community quarantine also “severely affected” the movement of essential goods.

He said many farmers were afraid to descend from the mountains because they didn’t want to be infected with Sars-CoV-2, the virus that causes Covid-19, especially in the months of April, May and June when the number of cases was high.

During this period, there was a glut in vegetables like lettuce, cucumber and tomatoes and flowers as supply exceeded demand.

It just so happened that farmers had enjoyed a bountiful harvest, which coincided with the City Government’s implementation of strict restrictions to curb Covid-19 transmission, he said.

“Production at that moment was on its peak because of good weather condition. It meant they were in abundance,” said Baclayon.

Baclayon said farmers started to recover from their losses in July when online selling of ornamental plants, as well as vegetables, became rampant.

It wasn’t until September that some farmers started to bring their harvest to the downtown area, he said.

But just as the farmers’ livelihood was starting to return to normal, bad weather set in, Baclayon said.

The five typhoons that have struck the country since September have resulted in P55 million worth of damaged crops in 211 hectares of agricultural land in 16 mountain barangays.

Baclayon said as part of the assistance provided to the farmers, the City set up Kadiwa farmers market in urban barangays and in malls in the city.

The City, together with the Department of Agriculture 7, also set up trade fairs.

Baclayon said the City enrolled farmers in different insurance programs of the Philippine Crop Insurance Corp. to help them during calamities or plagues.

He said they are working on the stimulus package for qualified farmers. (JJL)