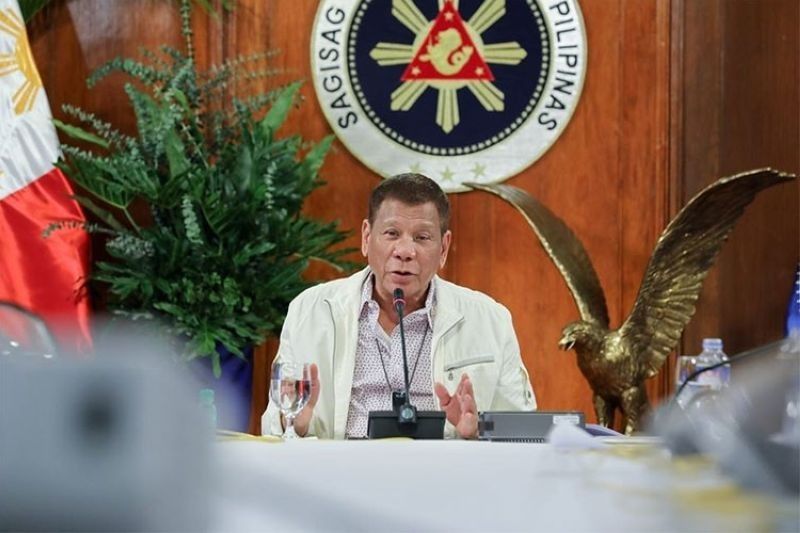 PRESIDENT Rodrigo Duterte on Monday night, November 30, 2020, said the military is not red-tagging Bayan Muna, Gabriela and other party-list groups under the Makabayan bloc in the House of Representatives.

Rather, Duterte said these groups are being identified as part of the legal front for the Communist Party of the Philippines (CPP) and its armed unit, New People’s Army (NPA).

“We are not red-tagging you. We are identifying you as members in a grand conspiracy comprising all the legal fronts that you have organized, headed by NDF (National Democratic Front of the Philippines), tapos ‘yung (then the) New People’s Army at Communist Party of the Philippines,” Duterte said during his weekly meeting with the Inter-Agency Task Force for the Management of Emerging Infectious Diseases on Monday.

“The Armed Forces of the Philippines is very correct. You are being identified as the members of the communist front. Alam namin. ‘Yon ang totoo. Hindi red-tagging. ‘Yang si (Bayan Muna Representative Carlos) Zarate...lahat kayo,” the President added.

(We know. That is the truth. It’s not red-tagging. That Zarate...all of you.)

Aside from Bayan Muna and Gabriela, other party-list groups under the Makabayan bloc are ACT Teachers and Kabataan.

Duterte described the government’s battle against communist insurgency as a “communal war” since “there is no longer any ideology.”

(These communists don’t have any ideology. They just want to grab power. But they are dumb.)

The President issued the statement against the Makabayan bloc on the same day that its members condemned the military for allegedly desecrating the remains of Jevilyn Cullamat, the 22-year-old daughter of Bayan Muna Rep. Eufemia Cullamat.

The younger Cullamat, a medic for the NPA, died in an encounter between the NPA and soldiers in Marihatag, Surigao del Sur on November 28.

Her mother said she joined the NPA because she had witnessed how Lumad leaders were killed by paramilitary forces.