Cebu City barangay councilor gunned down on way to work 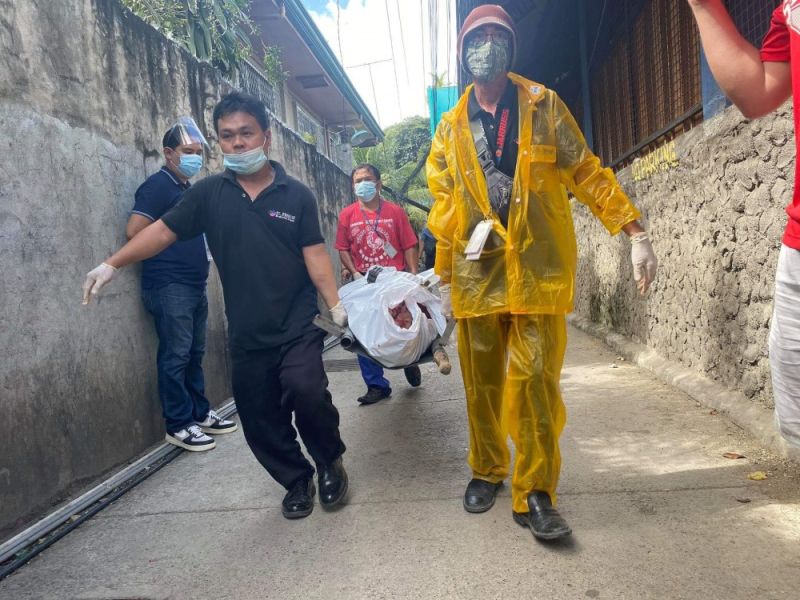 MURDER STREET. Funeral parlor workers carry the body of Kinasang-an, Cebu City Barangay Councilor Ponciano Villamil, who was shot to death by a lone gunman along a narrow street in the barangay on Monday, Nov. 30, 2020. / BENJIE TALISIC

A COUNCILOR of Barangay Kinasang-an, Cebu City was shot to death by a lone gunman while he was walking toward the barangay hall on Monday, Nov. 30, 2020.

The fatality was identified as Ponciano Villamil. He was 63.

Investigators at the Pardo Police Station are looking at personal grudge as a motive for the murder of Villamil, who was also an engineer and developer.

Kinasang-an Pardo Barangay Captain Susan Enriquez told Superbalita Cebu that not less than five persons had complained against Villamil. These individuals, she said, reportedly paid the councilor for the pieces of land they purchased, but they failed to receive the land titles from him.

Villamil was a first-term barangay councilor. He ranked seventh in the 2018 barangay and Sangguniang Kabataan elections, according to Enriquez.

The Pardo police will also look into the information shared by Enriquez.

P/Cpl. Jeymus Tordios said Villamil was walking to report to duty at the barangay hall when the gunman shot him along a narrow street in Sitio Adelfa.

Villamil succumbed to a gunshot wound in the back of his body.

A team from the Scene of the Crime Operation found two empty shells of a .45 pistol in the vicinity where Villamil had been shot. (BBT)