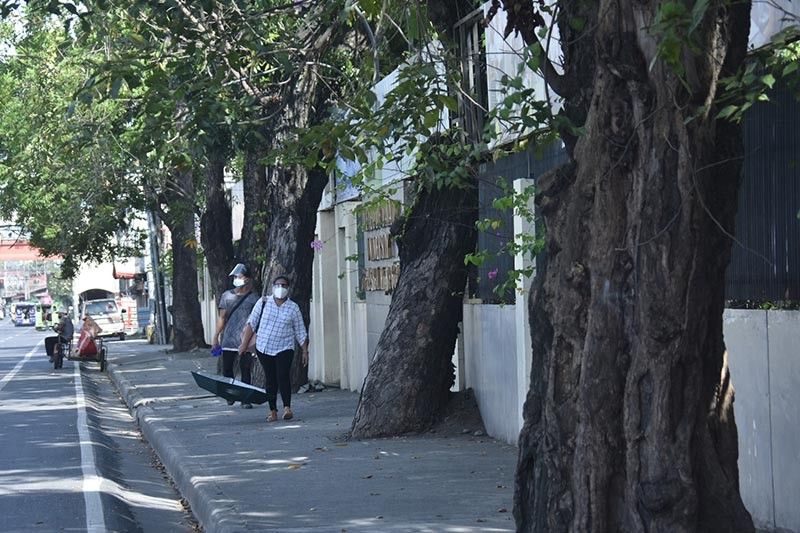 DAVAO City Mayor Sara Duterte-Carpio said she is one with the environmental groups’ call in sparing the eight trees planted along the sidewalk of Ateneo de Davao University (AdDU) Grade school/High school Matina campus from being chopped off.

Duterte-Carpio said on Monday, November 30, 2020, in an ambush interview right after the Bonifacio Day commemoration ceremony the environmental groups formally sent a letter to her office signifying their opposition to the Department of Public Works and Highways (DPWH) Davao City District Engineer’s Office's plan to cut down the eight heritage trees, mostly Narras, to give way to the laybay and road widening project to address traffic congestion.

The mayor said the city will assist them in bridging their protest to the concerned agencies involved in the project.

She said the groups immediately forwarded a formal copy of their protest addressed to DPWH and Department of Environment and Natural Resources (DENR) and indicated their suggestions on how the project in-charge can implement the project without cutting down the trees.

Duterte-Carpio said the city is calling to address this problem by means of "engineering solution."

She said the city had been advocating the preservation of the environment by planting more trees.

She said the city planted 100 trees in November.

On Thursday, November 26, Ecoteneo and the Interfacing Development Interventions for Sustainability (Idis) sent a letter of concern to Engr. Richard Ragasa of the City District Engineering Office to oppose the planned cutting down of trees.

Idis Executive Director Chinkie Golle said the trees are already 60 to 70 years old as per their geotagging.

Golle said what they see as an ideal option is to revise the laybay development plan and incorporate more trees instead of cutting the existing ones. Another option is for AdDU to “move their fence a little bit" to provide more space for the laybay and the McArthur Highway sidewalk.

More than a year ago, trees planted on Clifford Park, an island fronting Davao City Central Post Office, were also cut down to give way to the Clifford Freedom Park Development Plan. This move by the government drew negative comments from environmental groups and netizens.

Duterte-Carpio apologized to the public shortly after through a statement and committed to “carrying out more programs to establish rural and urban green spaces, promote ecological balance, sustainable utilization and management of resources, and to continue raising public awareness of the importance of environmental protection.”

In August 2019, the 19th City Council investigated the cutting down of 150 trees by DPWH to give way to the drainage and revetment project near Ma-a riverbanks.

During an environmental committee hearing organized by Councilor Diosdado Mahipus Jr., it was discovered that the project did not undergo proper consultation with the city government despite securing a permit from DENR.