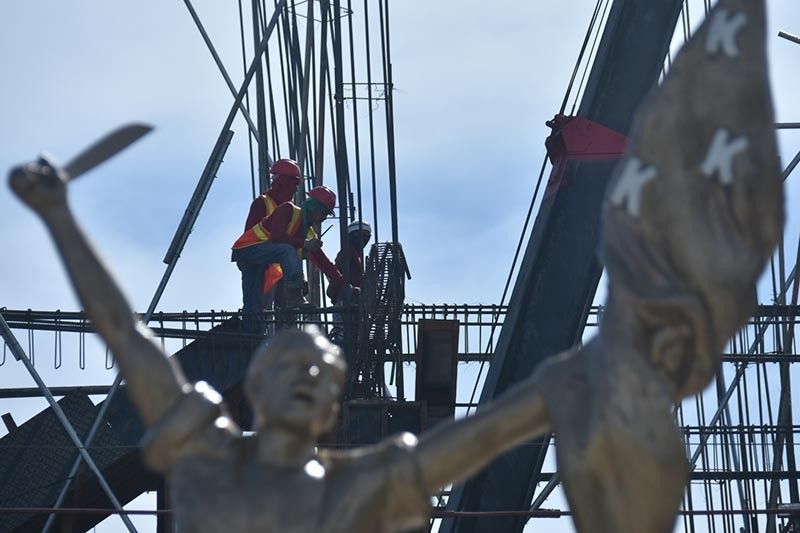 DAVAO City Mayor Sara Duterte-Carpio told Dabawenyos to emulate the diligence of Andres Bonifacio as the country continues to grapple with the Covid-19 pandemic in time for the commemoration of Bonifacio Day Monday, November 30, 2020.

In an ambush interview, Duterte-Carpio emphasized that diligence is present in one of Bonifacio's writings, which states, "Diligence at work is how one loves and values oneself, his spouse, children and brothers and compatriots."

The mayor said the public should be more diligent in times of pandemic.

(Now that we are in a pandemic, we should double our diligence and not settle with the efforts we did in the past. We should make an extra effort now that we are struggling due to the pandemic.)

"Wala pa ta ka-experience og pandemic sukad (We haven’t experienced any pandemic ever since) and everybody is trying to stay afloat. We should be more diligent in times of pandemic)," Duterte-Carpio added.

The mayor also commended health and non-health frontliners for their hard work in times of pandemic.

"They had been hardworking, very diligent in this time of pandemic. Daghan sa ila nag-work (Most of them worked) with no questions asked. Just because giingnan sila nga gikinahanglan sila motrabaho and kinahanglan sila mo-serve sa atong siyudad (they were told that they need to work, and serve the community)," she said.

Compared to previous years, the commemoration program this year was shortened, where only a wreath-laying ceremony and a short program were conducted as part of the city's measure to curb the spread of the coronavirus. The mayor did not deliver her speech on stage nor invited many guests, in accordance to the Executive Order (EO) 57 entitled "An Order Regulating Mass Gatherings and Prohibiting Non-Essential Travel Within Davao City," which will be implemented until December 31, 2020.

According to Section 20 of the EO, the city only allows gatherings for personal milestones, urgent government and business purposes but shall be limited to a maximum of 25 guests.

It is also in accordance with EO 25, declaring April 17 to December 31, 2020, as a period of mourning and vigilance as global deaths due to the highly infectious coronavirus continue to rise.

EO 25 states that "legal holidays" like Bonifacio Day "will still push through but will be kept short and simple."

A day of protest

Different progressive groups converged at the Freedom Park on Roxas Avenue and Bankerohan Public Market to remind the Duterte administration of the need to already address the “many issues confronting the nation.”

In a press release by Kilusang Mayo Uno-Southern Mindanao Region (KMU-SMR), the group "demanded the state for worsening economic conditions and grave people’s rights violations" while the country is in a pandemic state.

"Because of the pandemic, Filipino lives have become more unbearable with plummeting incomes, lost jobs, lack of government and heavily repressive measures," KMU said in a statement.

The group chided the government's "regressive laws and programs" such as The Tax Reform for Acceleration and Inclusion (Train) Law and the Rice Tariffication Law.

The group lambasted the government's lack of addressing the employment needs of those who lost their job and brought about the lockdown restriction, which resulted in some offices and establishments forcibly close.

Progressive groups also criticized the Duterte administration on its "red-tagging activities" against them, and the government's National Task Force to End Local Communist Armed Conflict, "whose sole aim is to discredit the legal, mass organizations that push for wage increase, genuine land reform and national industrialization."

KMU also slammed the city government's "anti-people" policies such as the implementation of food and medicine pass, curfew, QR code system, and the liquor ban.

"We reiterate our previous position that free mass testing and aggressive contact tracing is the key in containing if not eradicating the spread of the virus. The daily record shows that despite the numerous movement-suppression policies implemented, Davao City still tops the list nationwide in terms of Covid contraction," the labor group said.