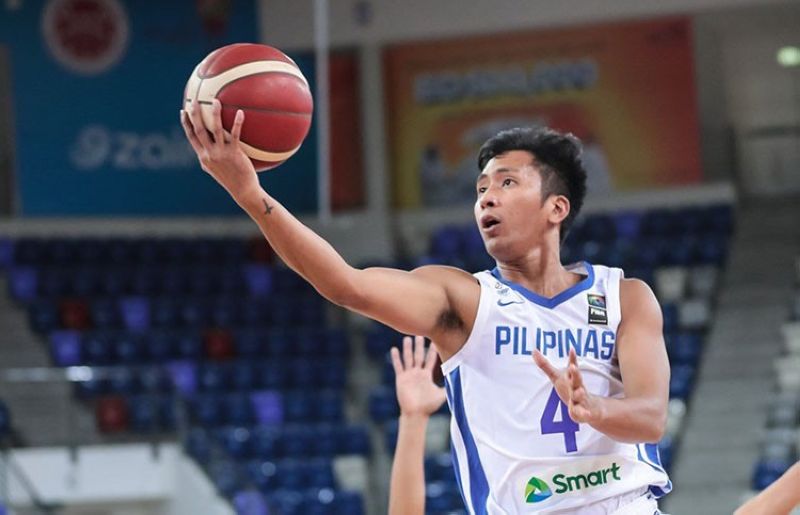 Former two-time Cesafi MVP Rey Anthony Suerte rises up for a layup in the Gilas’ game versus Thailand. (FIBA photo)

The Gilas Pilipinas reasserted their might over Thailand, routing their Southeast Asian neighbors, 93-69, in their second match in the second window of the 2021 FIBA Asia Cup qualifiers on Monday night at the Khalifa Sports City in Manama, Bahrain.

The win boosted the Gilas’ record in Group A to a flawless 3-0, with the third window set for February 2021. They are now on top of their group with six points.

University of the Philippines ace Javi Gomez de Liano led the Philippine side in scoring with 19 points on a perfect 4-for-4 shooting from beyond the arc. The Philippines was on point from three-point land on Monday, making 16 of their 33 attempts.

Point guard Matt Nieto had a solid outing with 12 points and two assists before spraining his ankle in the third canto.

After the game, Gilas’ interim head coach Jong Uichico said every member of this team will be in contention for spots on the Gilas squad that will compete in the third window next year.

“All of them are in contention to have a spot in the third window in February," Uichico said.

"We will make that assessment come next year when we start again our training camp and we will make our decisions from there," he added. (JNP)