Someone lucky from the Philippines can win massive $231 million jackpot 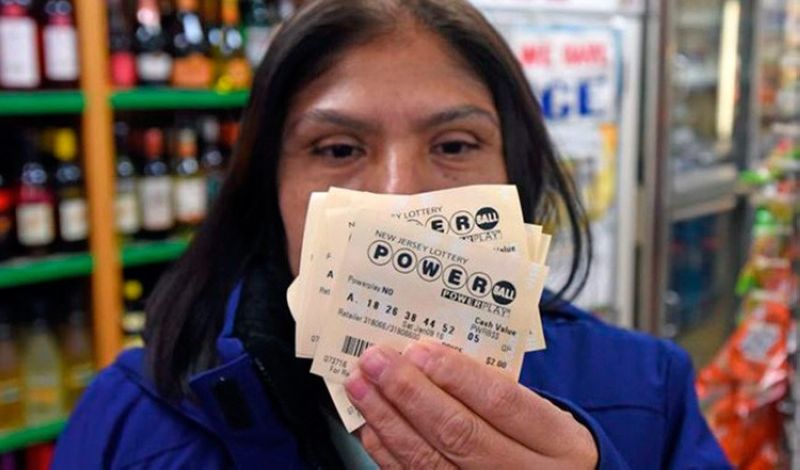 Powerball is the most popular lottery game in the world—a title it has held ever since it awarded a record-breaking $1.586 billion jackpot in January 2016.

Powerball fever swept the world as people everywhere, including some who had never previously played the lottery, rushed to purchase their tickets. Luckily, anyone can play Powerball no matter where he is by purchasing Powerball tickets online at TheLotter.

It has been over two months since the US Powerball jackpot was last won but there’s a chance it will be won in the upcoming draw. Powerball offers a staggering jackpot of nine figures: $231,000,000, and one can win it from the Philippines.

In addition to the huge jackpot being raffled off, Powerball has the advantage that anyone can participate online without leaving home.

For those who wonder if they can play Powerball from the Philippines, not only is this possible but it is also 100 percent safe and legal. This is thanks to TheLotter’s lottery ticket messaging service. Thus, it breaks down any geographical barrier and allows people from any country in the world to participate.

Who can play the Powerball lottery

In the past, to participate in a lottery, one had to be physically in the country of the draw. TheLotter solved this problem completely by allowing anyone, from any country in the world, an equal opportunity to play with the ease and convenience of modern technology. Now, there is no need to waste time physically arriving at a store and waiting endlessly in line to buy the ticket. Here’s how one can win a $231 million jackpot from the Philippines:

2. Select the Powerball lottery from over 50 lotteries available on the site.

3. Fill out the ticket with one’s favorite numbers, or use a computer-generated random selection.

4. Indicate how many lines one wants to play, or choose to play with a lottery syndicate to increase one’s chances of winning.

5. Confirm the ticket purchase to be eligible to win prizes in the upcoming draw.

TheLotter has been calling lucky players since 2002, telling them: “Hello, you won the lottery!” Adrian Cooremans, TheLotter’s spokesman explains: “TheLotter gives players the opportunity to participate in the world’s biggest and most exciting lotteries. And the best part? Our customers don’t just play lotteries—they also win them!”

“Scores of TheLotter's players have won Powerball prizes over the years and a number of our players have become Powerball millionaires after they matched the five main numbers in a lucky draw.”

One can enter the Powerball draw for $231 million right here.

TheLotter is the leading online ticket messenger service in the world. Lottery fans everywhere trust the site as a secure, safe and simple way to play the biggest lotteries with official lottery tickets. Over the years, TheLotter has paid out over $100 million in prizes to more than 5.5 million winners from across the globe. SPONSORED CONTENT