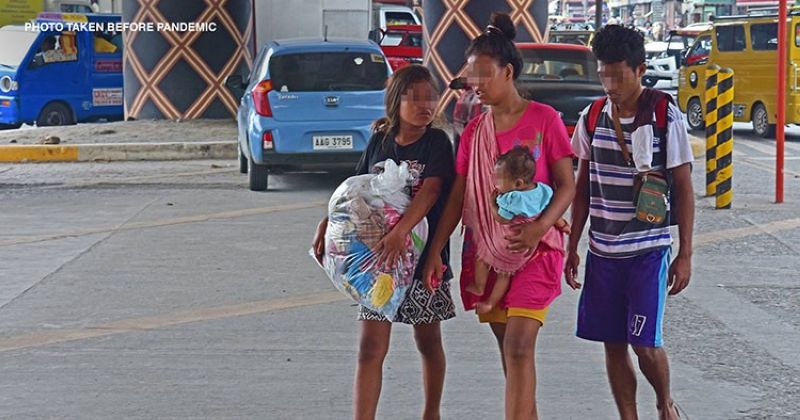 THE Davao City Government will not stop Lumad families from visiting Davao City during Christmas despite the threat of Covid-19, but they still need to comply with the requirements to enter the city.

Mayor Sara Duterte-Carpio said during a radio interview on Tuesday, December 1, that they are still anticipating some Lumad to visit and spend their Christmas amid the Covid-19 pandemic since it has been part of their tradition.

But she added they are still required to comply with the requirements since the city was recently declared as a "restricted local government unit (LGU)" on November 13 brought about by the continuous increase of Covid-19 cases in the city.

"I-remind lang nato [nga] ang (May I remind them that) Davao City LGU is a restricted LGU under JTF [Joint Task Force] Shield. I-check lang nila kung Apor [authorized person outside of residence] sila or non-Apor, and i-comply lang nila tong mga requirement nga naa didto para makabisita sila and makasuroy (they need to check whether they are an Apor or non-Apor, and comply with the requirements in order for them to come and visit the city)," Duterte-Carpio said.

According to Executive Order 63, a "restricted LGU" is to "insulate other LGUs from the effect of the surging cases as well as to further protect the residents." This would also strictly regulate non-city residents to enter.

The mayor said the City Government would still be providing gifts delivered to their homes in the hinterlands like in the previous years.

She said the City Social Welfare and Development Office (CSWDO) will be the ones in-charge of the gift giving activities.

Duterte-Carpio also said the city will not be conducting games and entertainment activities during their visit to avoid causing mass gathering and breaking the minimum health protocols.

Recently, the mayor said the City Government will put off most of its extravagant Christmas activities and celebration as part of its annual "Pasko Fiesta" activity this year in light of the Covid-19 pandemic.

The annual Christmas event is one of the affected city events with the implementation of Executive Order (EO) 25, released early April this year, declaring April 17 to December 31, 2020, a period of mourning and vigilance as the global deaths due to the highly infectious Covid-19 continue to rise.

The EO states that private parties to mark personal or family milestones should be kept low key and modest, meaning a celebration in a public place should be held with no more than 25 guests, while those who want to pursue big celebrations can do so next year.

Duterte-Carpio had previously discouraged the public, including private sectors, from conducting parties and other gatherings this Christmas while the city is still under mourning and vigilance for the Covid-19 pandemic.

But she said the city would still push through with its traditional gift-giving activity for employees of the City Government and other sectors such as children, senior citizens, barangay workers, and members of the lesbian, gay, bisexual, and transgender (LGBT).

The mayor also said the City Government would still be preparing for its traditional gift-giving activity every Christmas eve at the ancestral house of President Duterte in Bangkal where grocery packs are readied for around 10,000 individuals who will be expected to go to the Duterte residence.