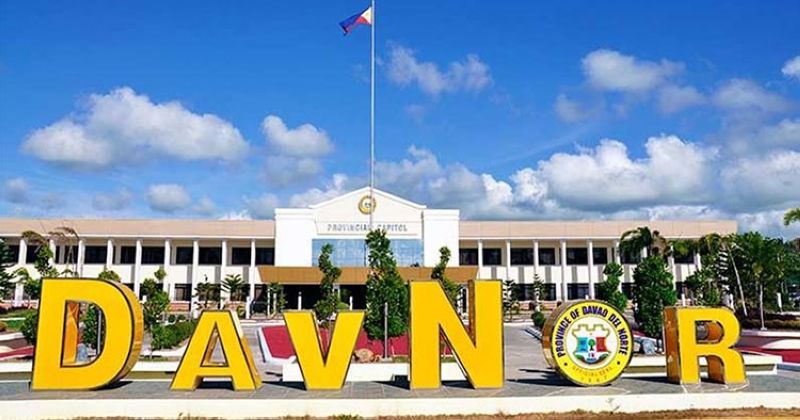 DAVAO del Norte joined Davao City and six other areas that were placed under general community quarantine (GCQ) until the end of 2020 as what President Rodrigo Duterte declared Monday evening, November 30.

The province was mentioned by Duterte, alongside Metro Manila, the provinces of Batangas and Lanao del Sur, and cities of Iloilo, Tacloban, Iligan, and Davao as areas to be placed under GCQ until December 31, 2020.

Those not mentioned will be under modified GCQ (MGCQ) until the year ends.

The Provincial Government immediately issued a statement right after the President's pronouncement.

Meanwhile, Jubahib said in an interview with GMA Davao's One Mindanao that they will abide by Duterte's order.

The governor said the continuous increase of cases in the province might be the reason for placing their area under GCQ.

"Ipasabot lang nato sa atong constituents dinhi nga kaayuhan ni para sa tanan (We will let our constituents understand that this is for the betterment of everyone)," he said.

Jubahib said he will be issuing the final guidelines on Tuesday evening, adding they are still finalizing its provision.

He also said there is a need to issue a new guideline where adjustments will be made in preparation for the incoming Christmas celebration.

Davao City and Davao del Norte are the two localities in Davao Region to have the highest number of Covid-19 cases as they are the only areas to have reached a thousand-mark in total cases.

Based on the November 30 data of the Department of Health (DOH), Davao City has a total of 6,480 cases, while Davao del Norte came in second with 1,054.

In terms of active cases, both areas are also leading. Davao City has currently 2,225 active cases, while Davao del Norte has 238.

Melquiades Feliciano, deputy chief implementer of the National Task Force (NTF) Against Covid-19 for the Visayas, was tasked to lead the Coordinated Operations to Defeat the Epidemic (Code) teams that were deployed in Davao City to help in the response efforts.

The city was reverted to GCQ effective November 20 brought by the continuous increase of cases.

Initially, the GCQ was announced to end on November 30. But Davao City Mayor Sara Duterte-Carpio, said earlier that there is a huge chance the city will stay under GCQ until the end of the year.

Currently, the city is conducting an aggressive community testing (ACT) to 35 high-risk barangays.

ACT is a rapid and intensive Covid-19 testing done in high prevalent areas and in areas where there is a significant increase of cases in a short period of time.