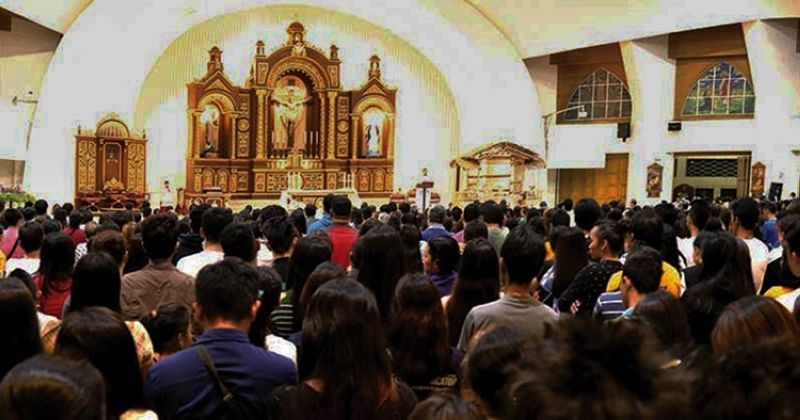 CHRISTMAS masses, including Misa de Gallo, will be allowed in Davao City, but the City Government will not be adjusting the curfew time for churchgoers.

Mayor Sara Duterte-Carpio said in a radio interview on Tuesday, December 1, that based on their communication with the Archdiocese of Davao on October 15, they already set their schedule for their respective masses.

Duterte-Carpio said the Christmas mass schedules will not fall on the curfew hours, which was recently amended to 9 p.m. to 5 a.m. since the city shifted back to general community quarantine (GCQ) starting November 20.

"No, dili na ta mag-adjust sa curfew (We will not adjust the curfew) because according to the Catholic Church, ang ilaha (their schedule is] December 16 to 24 ang (the) Misa de Gallo is 5:30 a.m. And then sa (on) December 24 and 31, ang (the) midnight mass is around 7:30 [p.m.]. As of October 15, mao ni siya ang discussion nato (this was our discussion) with the Catholic Church," the mayor said in an interview via 87.5 FM Davao City Disaster Radio.

The mayor, however, advised churchgoers to check on the schedule in their respective parishes.

According to the City Executive Order 57-A, which regulates mass gatherings and prohibiting non-essential travels, religious activities are allowed in churches and other places of worship provided that two-meter distance between members are observed.

Singing and unnecessary chatting among individuals will not be allowed.

Members who are below 21, 60 years old and above, and those with immunodeficiency, comorbidity, other serious health risks, and pregnant women are prohibited from attending worship and must be provided with online, radio or television prayer opportunities.

As of press time, the Archdiocese of Davao has not yet issued any pastoral letter or advisory regarding the details of the conduct of Christmas masses.

The Inter-Agency Task Force (IATF) for the Management of Emerging Infectious Diseases has not issued concrete guidelines on the conduct of masses this Christmas season.

However, Presidential Spokesperson Harry Roque said it is up to the local governments if they would allow the holding of Simbang Gabi and Misa de Gallo.

Simbang Gabi, a Filipino term for "Night Mass," is a devotional nine-day series of Masses practiced by Filipino Catholics in anticipation of Christmas. Misa de Gallo is a Christmas mass held at dawn.