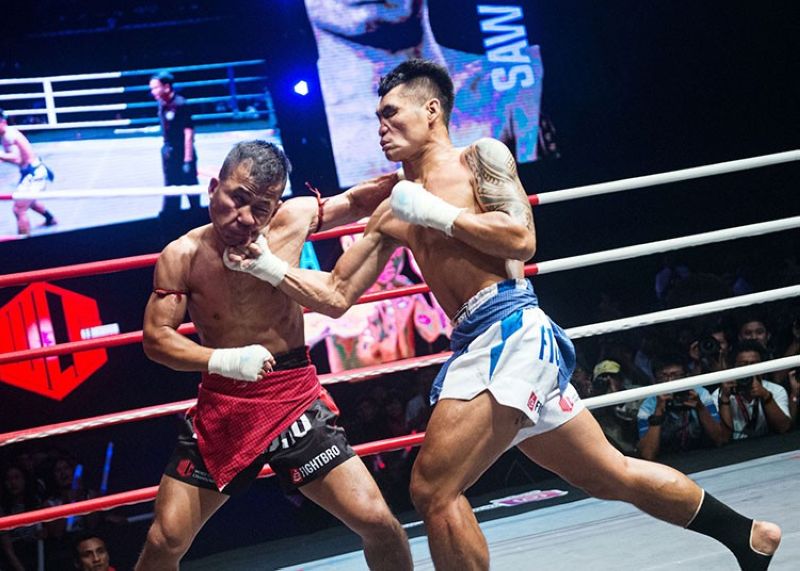 FOUR Filipinos, including two Cordillerans, are seen to excel in Lethwei, the fastest-rising combat sports in the world today due to the sheer ferocity that transpires in the four corners of the ring.

Originating from Myanmar, competitors are allowed to use practically any kind of offense in the book, including head-butts, punches, elbows, knees, kicks, clinching, sweeps, and throws in order to win a match.

Since its inaugural event, WLC has held almost 20 sold-out events across Myanmar. Its success attracted the biggest names in the martial arts industry to join the organization, including Canadian superstar Dave Leduc and Filipino-Australian sensation Michael Badato.

After solidifying its stature as the sport's ultimate proving ground in Myanmar, WLC has its sights set on extending its reach globally. One of its targeted cities is Manila, Philippines.

"The Philippines is a hotbed for combat sports and the fans are some of the most passionate in the world. Filipino combat sports athletes have all the skills to translate well into Lethwei, and I truly believe that there could be a Filipino world champion in Lethwei in the near future," he said.

Ng said he is eyeing four Filipinos in the free-agent market that could create a huge impact as part of the growing WLC roster.

Jean Claude Saclag of Team Lakay and Ariel Lee Lampacan are among those eyed to sign up with the promotion as it seeks to expand its market in the Philippines.

A Filipino wushu practitioner, Saclag won the silver medal in the 2014 Asian Games and was one of the many combat sports athletes who turned heads in the recently-concluded 2019 Southeast Asian Games.

After a five-year hiatus, the 26-year-old from Kalinga donned the Philippine colors once again-this time in the sport of kickboxing and won a gold by defeating Malaysia's Mohammed Bin Mahmoud.

Lampacan, from Benguet was considered as the best junior Muay Thai practitioner at the 2013 Batang Pinoy.

From then on, Lampacan never looked back, copping medal after medal that caught the attention of Billy Alumno and the Muay Association of the Philippines. As part of the national team, he represented the country in various international tournaments like the 2019 SEA Games where he also won a gold medal.

Also in the mix are Ryan Jakiri, a six-time Philippine national Muay Thai champion and Fritz Biagtan, who won the URCC strawweight title in just his third MMA fight as a pro.

Biagtan successfully defended the belt against compatriot Solomon Dultra via third-round technical knockout in August 2017 before he relinquished it to Anthony Do via submission a year later.