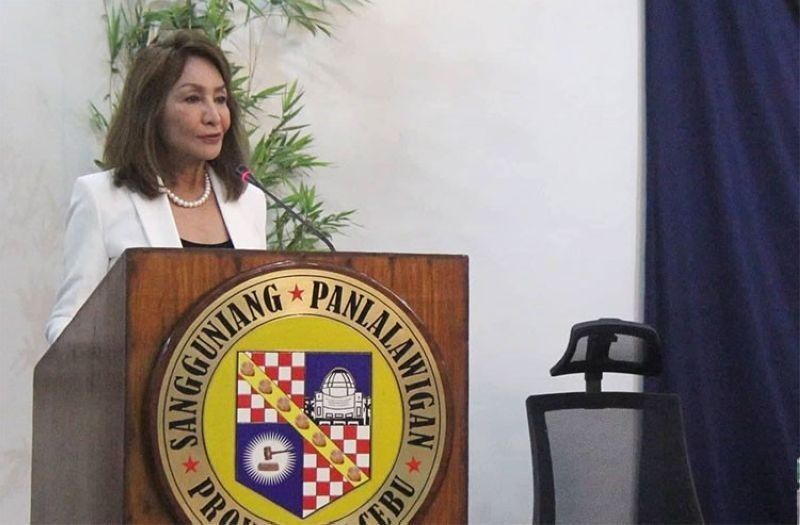 IT’S GOING to be an early Christmas for Cebu Gov. Gwendolyn Garcia and seven others involved in the controversial sale of the P98.9-million Balili property in the City of Naga, southern Cebu.

Two separate graft cases filed against Garcia for alleged illegal use of public funds or property and for entering into a contract believed “manifestly and grossly disadvantageous” to government were, likewise, dismissed by the Sandiganbayan.

In an 81-page decision, the Sandiganbayan granted the demurrer to evidence filed by Garcia and her co-respondents which is basically a motion to dismiss the case on the ground of insufficiency of evidence.

The Sandiganbayan also lifted the hold-departure order issued against Garcia and her fellow respondents.

Their cash bonds were also cancelled and released.

SunStar Cebu tried to get Garcia’s comment on the matter, but calls and texts to her cellphone remained unanswered as of press time.

For lawyer Giovanni Sususco, who represented his father and Pelayre in the case, the Sandiganbayan’s decision came just at the right time.

“This is truly the best Christmas gift for us,” Sususco told SunStar Cebu.

Sususco’s father, then Provincial Accessor Anthony Sususco, has since retired from government work.

In its Nov. 26, 2020 decision, the anti-graft court decided to approve the separate demurrers to evidence filed by Garcia and her co-respondents, citing that the prosecution failed to provide sufficient evidence that the 2008 sale of the Balili property in Barangay Tina-an, City of Naga was illegal.

“From the foregoing, it is clear that the prosecution failed to muster the required quantum of evidence. There being no sufficient basis to sustain the indictments, the Court is left with no choice but to dismiss the case,” the decision partly read.

The Sandiganbayan said while the prosecution was able to present overwhelming documentary evidence to prove the individual participation of Garcia and her co-accused in the purchase of the Balili property made by the Cebu Provincial Government, it was not convinced that she and her co-accused committed illegal acts and conspired with one another to cause “damage and prejudice to the provincial government.”

The anti-graft court also dismissed the prosecution’s claim that Garcia’s co-accused, as members of CPAC, acted with evident bad faith and manifest partiality when they disregarded material information that some of the questioned properties were permanently under water.

Garcia and her co-accused were able to present evidence, particularly a lot description of the Balili properties, that negates the prosecution’s claim that they had information that the properties were submerged in seawater and fell within timberland.

It also considered the claim of Garcia and her co-accused that the transaction between the Province and the owners of the Balili property were not even questioned or disallowed by the Commission on Audit (COA) nor by the Internal Audit Service.

“To the Court’s mind, the lack of a COA Notice of Disallowance, although neither a condition sine qua non to charge the accused before this Court nor necessary to prove their liability, weighs in favor of the accused insofar as establishing the regularity of transaction,” the decision added. (ANV)