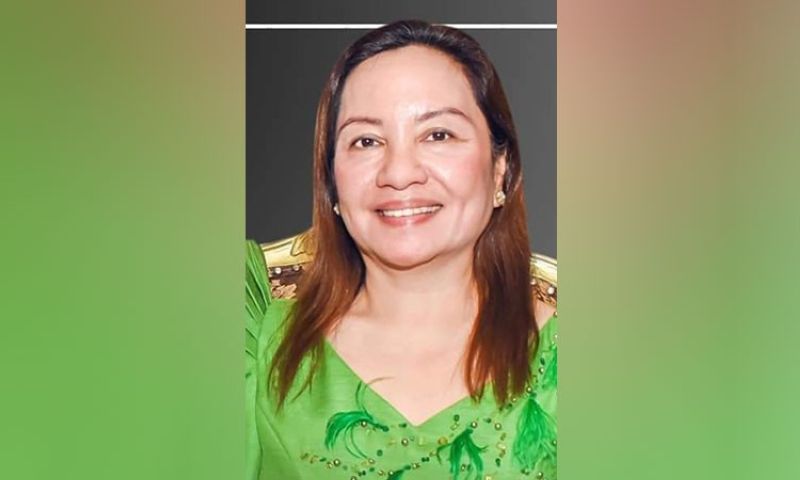 SHE'S not just an ordinary mother. Her connection to sports development -- especially basketball -- was deep and legendary that hoop talents around the country are still in a state of shock they're painstakingly grieving the untimely demise of Tagoloan first lady Rita May Roa Sabio.

The wife of Gomer "Enan" Sabio, concurrent mayor of Tagoloan town in Misamis Oriental province, passed away on November 26 due to cardiac arrest.

Rita May, 50, whom celebrity players used to call as "mom" or "tita," will be laid to rest on December 3 at the Golden Haven cemetery in Barangay Bulua, Cagayan de Oro City.

"Panalay" hoopers, particularly those coming from Cebu, will never forget the woman who was so kind, generous and great source of advices whenever they would come and play in the basketball-craze town of Tagoloan for a week during special occasions like fiesta and Christmas celebrations.

In fact, more than a couple of young and impoverished student-athletes of African roots will forever be grateful for having been adopted by Sabio's family so they could continue to study and prosper as varsity players in top universities in Cebu and Manila.

Known in the community as a down-to-earth woman, Kagawad Rita May Sabio's passing has deeply affected her so-called foreign athlete sons.

"We could only cry and grief. Thank you for being a good mother," sobbed Frederick Elumbi of the University of Cebu (UC) Webmasters in the Cesafi League.

"A good mama of advice. It's so hard especially in this time of pandemic coz she's been there for everyone," wrote Steve Wollas C. Akomo of the UAAP's UST Tigers.

The more heartbroken Sackor of the University of Visayas (UV) Green Lancers Cesafi literally cried a river in his own tribute. "I'll miss you the rest of my life and won't stop loving you for what you've done for me mom. You.. showing me greatness in life. You are my whole world. I love you."

Andaya in his message via social media account said: "Tita May, isa ako sa nalulungkot at nagulat sa nangyari. Ang kabaitan at tulong mo sa akin. You're in my prayers as well as your family."

Gilas mainstay Suerte sent condolences in behalf of the University of Visayas where he came from.

Mark Yee could not forget the good times.