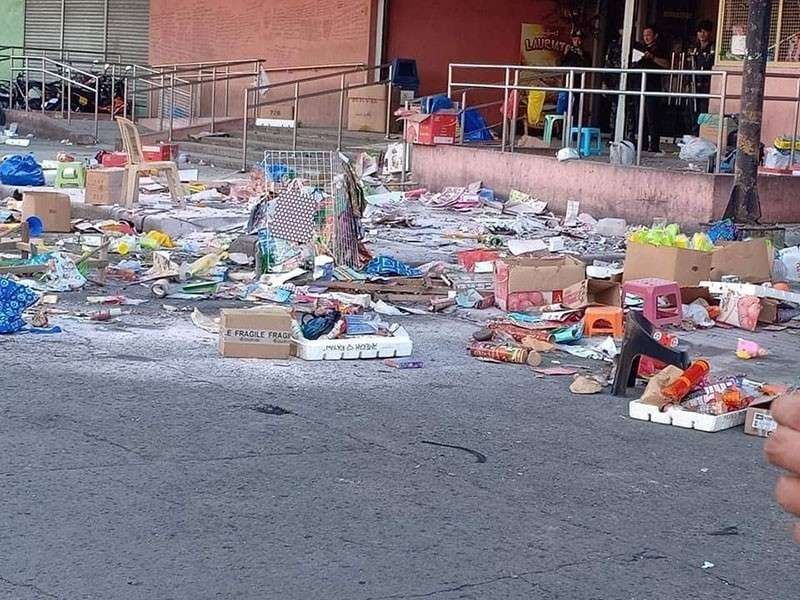 COTABATO. Aftermath of the bombing in front of the South Seas Mall in Cotabato City on December 31, 2018. Two people were killed and 30 were wounded. (File)

POLICE neutralized the alleged mastermind in the 2018 New Year’s Eve bombing in Cotabato City during an encounter in the early hours of Tuesday, December 1, 2020.

He was allegedly behind the bombing at the South Seas Mall bombing in Cotabato City on December 31, 2018. Two persons were killed and around 30 others were wounded.

Sinas said Suffian, who was armed with a caliber .45 pistol and a hand grenade, engaged policemen in an encounter in Barangay Bagua 2 in Cotabato City at around 1:30 a.m. Tuesday.

Police were trying to serve a warrant to search the residence of a certain Jasmiyah Camsa Ibrahim, who is believed to be the wife of Abdulrahman.

Ibrahim escaped. A woman found in the house was taken into custody while six children were “rescued,” Sinas said.

Abdulrahman escaped from Marawi along with some widows of fallen jihadists and sought refuge in Maguindanao.

“Lately, he is operating under Salahuddin Hassan and IED expert Abu Naim, under the direct supervision of Abu Turaife of the DI-BIFF for whom he was purchasing IED components and medical supplies,” Sina said.