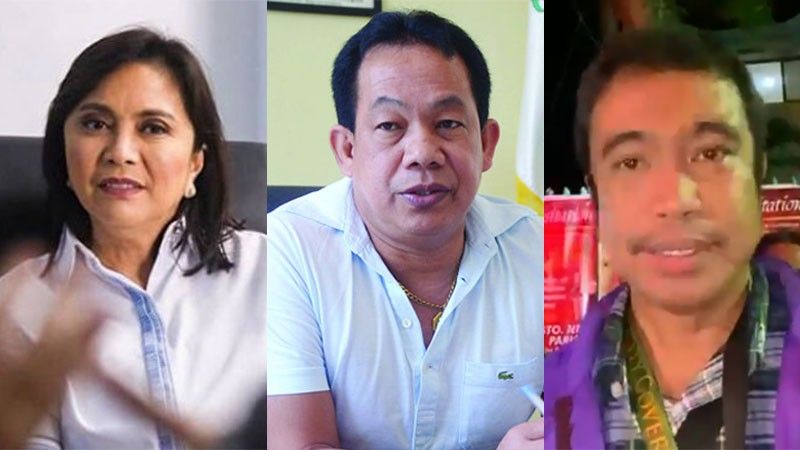 A first year student of University of La Salle in Bacolod City is being investigated for posting a comment urging President Rodrigo Duterte to have sex with Vice President Leni Robredo "so she can be enlightened because her supposed lack of it has made her stupid."

The comment was accompanied by a photo of the information technology freshman, identified as Johnrey Apellido, 21, of Talisay City, flashing a middle finger, with the caption proclaiming he is a "Diehard Duterte Supporter."

A school official Monday, November 30, said the post was "both alarming and upsetting" and USL will "correct the bad behavior without condemning the one who has erred." He didn't specify how that is done. Apellido, the day before, apologized to Robredo and all those who were "offended or insulted." He alleged somebody else made the comment, using his page.

The inquiry might look into the premise of the sexist and misogynistic logic that absence of sex would make a woman stupid. If Robredo is having a torrid love affair with a married man, as alleged by her critics (though repeatedly denied by her), she cannot be called stupid because of the supposed lack of it. And about President Duterte being dragged by Apellido to provide the alleged cure? Another unlikely element in a preposterous proposition.

A lawyer commented, "At least the guy, who must think he is worthy of his Apellido, is not taking up law."

Would Harry have come?

What has irked a number of people, including dyCM broadcaster Eric S. Manait, about the Suroy-Suroy SMB (Sta. Fe, Madridejos, Bantayan) Escapade, which highlighted the inauguration of the Bantayan Airport, was that the quarantine rules were applied differently.

Manait asked in a Facebook live: They are implemented strictly in Cebu City but not in Bantayan? Violators are charged here for such incidents as the overcrowding at a shoe store inaugural or a gathering of motorcyclists but not for hundreds of people listening to politicians' speeches and watching beauty contestants? Madridejos Mayor Salvador Dela Fuente and other local officials are thrown under the bus for the misjudgment but not the VIPs from Capitol and Manila?

It's covered by the precept called equal protection of the law, which even non-lawyers recognize on the simple knowledge of basic fairness.

Presidential Spokesman Harry Roque, the lawyer that he is, was ready with "plausible deniability." He had nothing to do with the violation of physical distancing, he said; local officials were responsible.

Roque cut himself short of naming the culprits. But Eric Manait foiled that in another broadcast, Would Harry Roque have come if he knew that not more than 50 people would attend the stop-over program in Madridejos? Roque is known to have not yet abandoned his senatorial ambition, which he deferred in 2019 but can revive in 2022.

Representatives of the Cebu City Health Office, led by officer-in-charge Dr. Jeffrey Ibones, were allowed to enter the building and then into the session hall of the City Council for last Friday's (November 27) public hearing on its budget under the 2021 General Appropriation Ordinance.

Presumably the DOH people's temperatures were checked, as well as their masks and face shield. But they were grilled again by Vice Mayor Mike Rama about their health.

Rama asked Dr. Ibones, before any question about the CHO's budget could be asked, "Did you take swab tests? How about your white coats, did you change into fresh ones? You know when I was in pre-med, we would wear our white uniforms more than once." When someone laughed, Rama said, "No, I'm serious."

Rama didn't preside the hearings and was taking part in the discussion as member, in that November 27 session as chairman of the committee on health. The City Council converted into a committee of the whole for the hearings.

"We address you Mr. Chairman," Rama earlier advised Councilor Raymond Garcia, majority floor leader and budget and finance committee chairman, "while you guys address me, Mr. Presiding Officer." Which could be confusing since the actual presiding officer of the public hearings is Garcia, not Rama. But Rama's advisory that he "had looked it up in Robert's Rules of Order" quelled other members' curiosity.