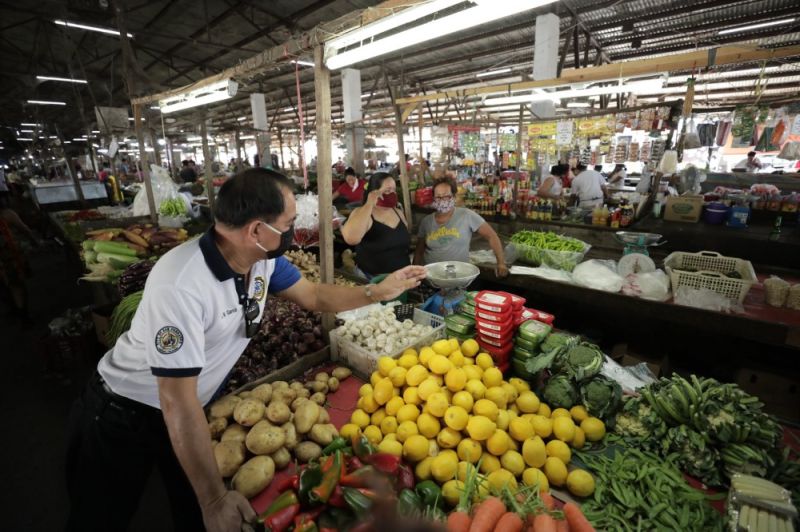 NO PUBLIC MARKET LOCKDOWN. In this file photo, Business License and Permit Division head Joseph Garcia checks the weighing scale of a vendor as part of the city government of San Fernando's price monitoring. The LGU has denied locking down the public market this December. (CSF-CIO)

THE city government of San Fernando on Tuesday, December 1, 2020, belied reports about the alleged lockdown that will be implemented on its public market this coming Christmas.

Since last week, several reports have circulated on social media about the possible closure of the city's public markets from December 22 to 25.

This has caused worry for both vendors and consumers as the said date is supposed to be when families are buying goods for Noche Buena.

In the statement released by the City Information Office, it said the city government has not announced the implementation of any lockdown in the city on the said dates.

"There is no truth to the reports circulating on social media as the city government has not issued a notice for a lockdown on December 22 to 25," it read.