Spending picks up; retailers aim for big sales this season 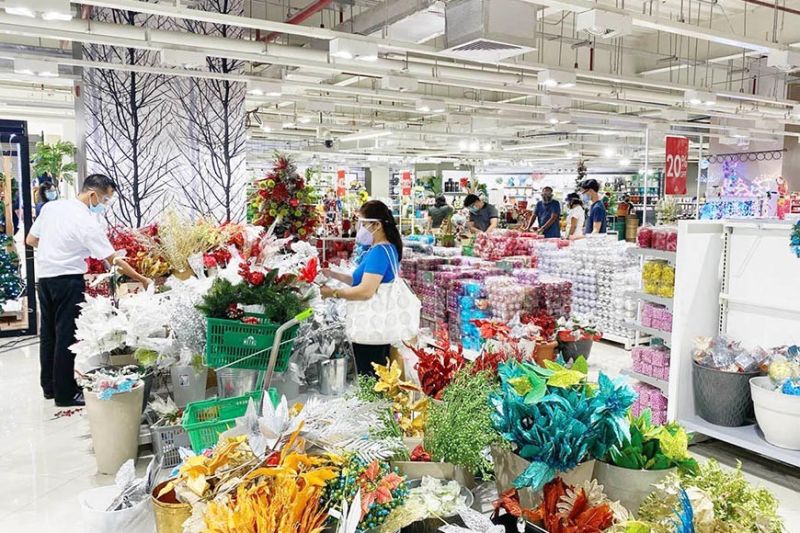 CONSUMER spending in Cebu has shown signs of recovery from low levels since March as bargain hunters flock to malls to get better deals.

“There are different types of consumers. Some take advantage of the sales, especially towards the Christmas season. They want to buy in advance and avoid the Christmas rush,” said Chester Lim, PRA-Cebu Chapter president.

He noted that while they expect reduced spending compared to last year due to the lingering effects of the coronavirus pandemic, sales promotions have provided relief to ailing businesses.

He also welcomed the lifting of age restrictions by the government’s Covid-19 task force. Minors are now allowed to enter malls if accompanied by their parents and if their local government units allow it.

“In my observation, malls are mostly health protocol compliant. This should not pose a concern for local government units,” said Lim.

With families going out for the holidays, Lim said malls and other establishments need all the foot traffic they can get.

Christmas-related items, according to Lim, have been selling well.

He advised the PRA members to follow the suggested retail price and built-in safety shopping protocols set by the Department of Trade and Industry (DTI).

Improvement in sales, according to Lim, varies per industry. He said some are slowly recovering while others remained badly hit.

“The electronics industry such as gadgets and computers are still in demand. The problem is the global shortage of supply. The challenged industries are those in the lifestyle like fashion and restaurants. But we’re seeing a significant number of people going outside,” he said.

Limitation in the dining capacity, for instance, has been a challenging protocol among food and beverage businesses as they strictly follow social distancing measures.

However, players in the hardware sector are enjoying good business as construction projects slowly returned following the lifting of the strict community quarantine status in the province.

PRA president Rosemarie Ong, in a report, said amid the ill effects of the coronavirus pandemic Filipinos will continue to spend as gift-giving, especially during the holiday season remains a living tradition of the Filipino culture.

Meanwhile, in the US, the viral pandemic has transformed America’s holiday shopping season.

Few people showed up at the mall last weekend, with millions of pandemic-wary shoppers staying at home to shop online.

Overall holiday sales are projected to rise a slight 0.9 percent in November and December — and even that modest gain will be due to an explosion in online shopping, according to the research firm eMarketer. It expected online sales to jump nearly 36 percent, while sales at physical stores to fall 4.7 percent.

Half as many people shopped inside stores this Black Friday than last year, according to retail data company Sensormatic Solutions.

“Black Friday was really Bleak Friday,” said David Bassuk, a member of the retail practice at the consulting firm AlixPartners.

Online was a decidedly different story. Sales hit a record US$9 billion on Black Friday — up a sharp 22 percent from last year, according to Adobe Analytics, which tracks online shopping.

Meanwhile, even though shoppers had access to weeks of online deals, many held out for bargains that they could get only on Cyber Monday, the Monday after Thanksgiving.

Amazon offered 30 percent off on board games and discounts on many of its gadgets. Target had 40 percent off Legos and robot vacuums for $75 off.

Cyber Monday was expected to generate as much as $12.7 billion in sales — a 35 percent jump from a year ago, according to Adobe Analytics. (JOB with AP)