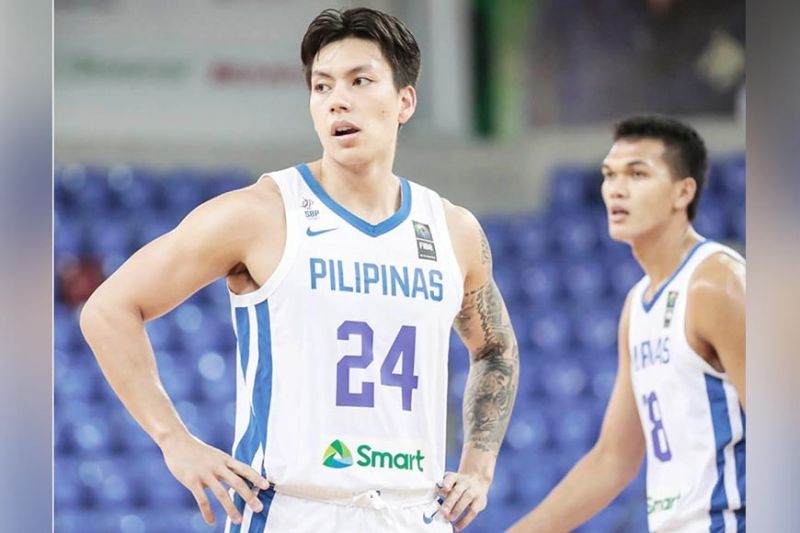 WINNERS. Dwight Ramos (left) and Justine Baltazar were two of the many standouts from the Gilas Pilipinas squad that recently swept the second window of the FIBA Asia Cup qualifiers in Bahrain. (FIBA)

With the players from the Philippine Basketball Association (PBA) still playing in their “bubble” at Clark, the SBP decided to go out with an all-amateur squad that featured players from the special Gilas draft and several collegiate standouts.

The stint was a smashing success as the Gilas dealt Thailand a 93-61 loss in their first encounter and completed the sweep with a 93-69 rout last Monday.

In a statement, Panlilio said they were proud of the squad, which came together in such a short span of time.

“Even with the challenges the situation presented, you gave no excuses and gave us two performances that the entire country is proud of. Having young players come together at such a short time and still perform tremendously gives me so much excitement for what the future holds for Philippine basketball,” read Panlilio’s statement.

“You played great team basketball, with sportsmanship, and with poise beyond your years as you showed the best that Philippine basketball has to offer. We’re so proud of you,” he added.

Panlilio commented that no decision has yet to be made regarding the composition of the team that will compete in the third window of the qualifiers, which will be held in February. However, he said he is amenable to having a team composed of PBA players and stalwarts from the recent Gilas squad.

The third window will see the Philippines tangle with nemesis South Korea and a vastly improved Indonesia.

“We will try to experiment for the next window, especially when we are playing Korea and Indonesia. We want to be a bit tougher,” shared Panlilio.

The Gilas tried that tactic against Indonesia in the first window and won by a landslide, 100-70.