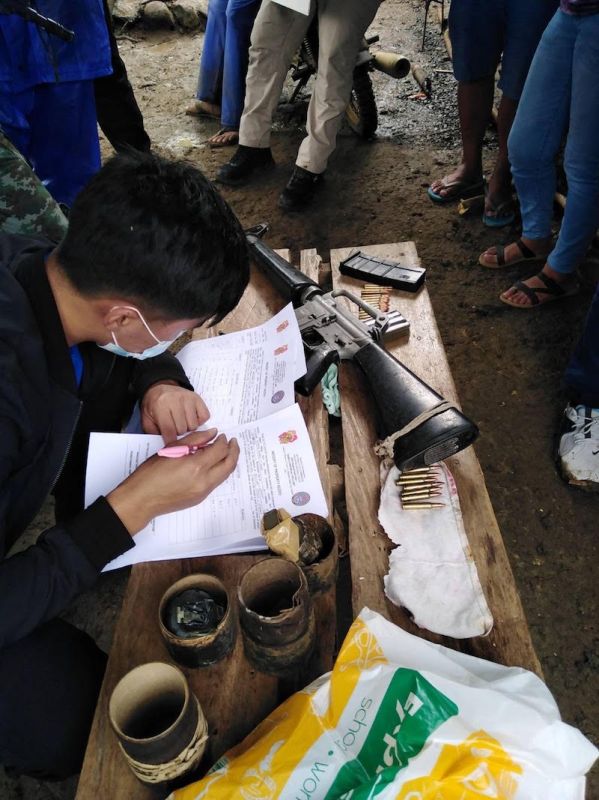 CAGAYAN. A policeman lists the firearms and explosives allegedly found in the house of Amanda Echanis. (From PNP)

Sinas said the firearms and explosives found in Echanis’ house were not planted.

It was also Echanis who insisted on bringing her one-month-old baby with her to the police station after her arrest, Sinas added.

He said social workers were present there to assist Amanda and her baby.

Sinas insisted that Amanda is part of the New People’s Army, armed unit of the Communist Party of the Philippines.

Amanda’s father was killed in his rented apartment in Novaliches, Quezon City in August 2020. (SunStar Philippines)