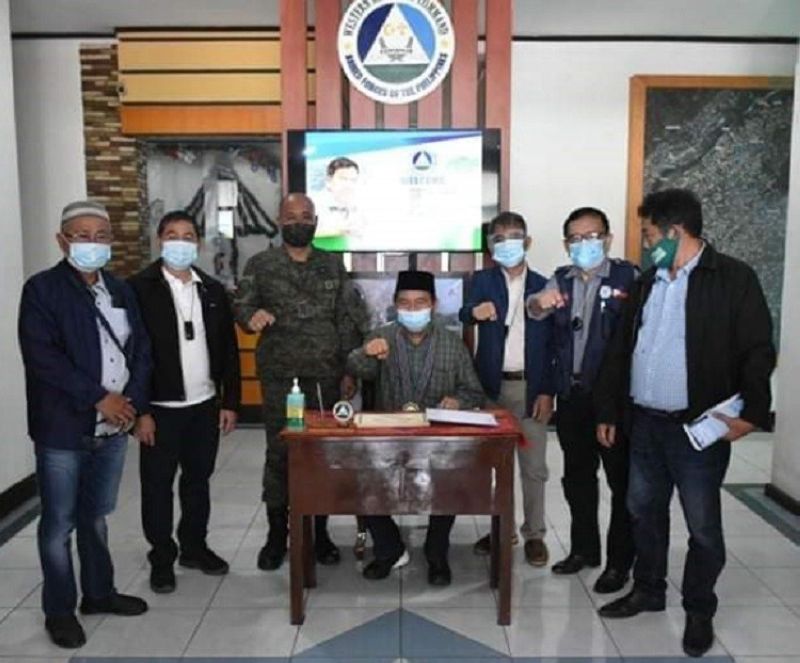 THE Moro National Liberation Front’s (MNLF's) Central Committee has vowed to continuously collaborate and support the peace efforts of the national government.

“We commit to continuously collaborate with and support the Philippine government for the attainment of lasting peace in the Bangsamoro region,” Sema added.

Sema was re-elected as the chairperson of the MNLF Central Committee following the death of Yusoph Jikiri, who died of cancer a month ago.

Vinluan expressed his gratitude to Sema and his party for taking the time to visit Westmincom headquarters and extend their support to the military.

“Let us continue to work together for our common goal that is to win the genuine peace for the Bangsamoro people,” Vinluan said.

A GPH-MNLF meeting was at the Westmincom conference room, which was attended by 18 MNLF leaders and members under Sema, the Westmincom staff under Vinluan, and the Ad Hoc Joint Action Group Action Officer.