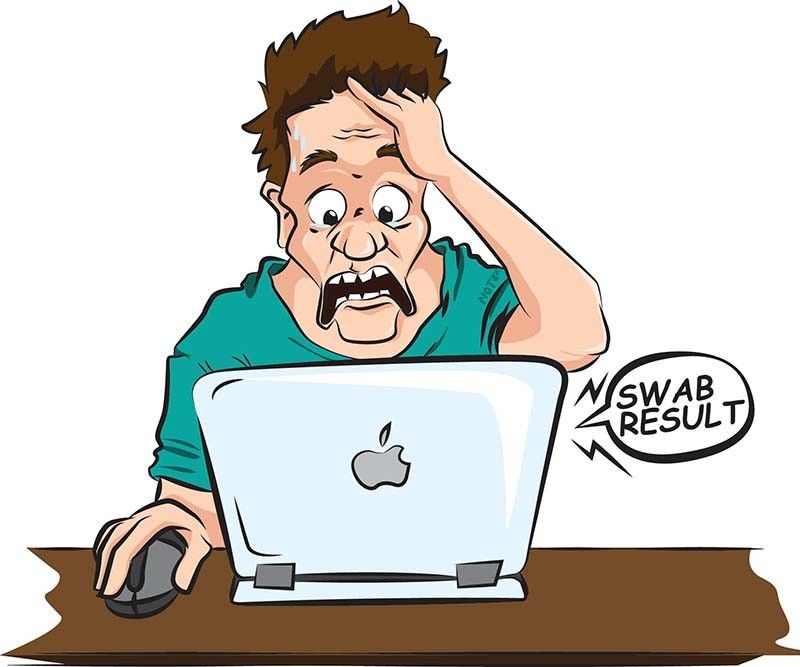 It was a nagging feeling, compounded by months of uncertainty.

But from the onset of the pandemic, I knew I was playing a game of chance every time I left the house. Which I did. Every day. Even at the height of the enhanced community quarantine.

Because I’m an active member of the media, I am considered an authorized person outside residence (Apor) and therefore was and continues to be exempted from restrictions imposed on movement as a result of the government lockdown.

I thought it was my duty to see what was happening outside and write about it in my column that came out on SunStar Cebu three times a week.

It also boiled down to me not having a choice but to venture outside to do simple errands like buying groceries or medicines since I live in the house alone, except with a houseboy, who doesn’t have a quarantine pass.

I also believed that my daily outings contributed to my mental health. It took my mind off the problem at hand, and made me appreciate the beauty of Cebu City even more instead.

Mind you, I was always careful. I avoided places where there was a semblance of a crowd. Of course, I wore a mask. I also sanitized when it was required. In other words, I observed all the health protocols.

When September came, my life had a semblance of near normalcy. I walked 10 kilometers a day at the Cebu Business Park on weekdays with friends. I was back at the workplace. Most importantly, I had lived through the month of June, when the city became the epicenter of the disease in the country, relatively unscathed.

So I never thought I would become part of the statistics.

It was during the first week that I felt something was amiss. I just couldn’t put my finger on it, but I felt more tired than usual. When I found out that a colleague at work had tested positive and I had been in contact with her, I suddenly became alarmed. But a friend who is a doctor told me I had nothing to worry about because it had been more than 10 days since I was exposed to the colleague.

Still, I became more anxious when I developed a slight cough. I never displayed a single symptom for five months and all of a sudden there it was.

After two sleepless nights, I decided I would get swabbed. Just to put my mind at ease. I also didn’t want to endanger my parents whom I had contact with at least once a week or my father’s siblings who are senior citizens who live next door to me. But mostly it was for selfish reasons. I couldn’t bare not knowing.

I filled up the application for the free swab test online. On the morning of the test, I decided I would walk to the Vicente Sotto Memorial Medical Center (VSMMC) from Barangay Sambag 1.

Several meters from the house, I felt a lump in my throat and the urge to spit it out. I’ve always found the habit disgusting and yet I found myself doing it right in front of everyone. Imagine my horror and embarrassment when I realized that I was wearing my face shield. The glob of phlegm was right before my eyes.

I ran back to the house to grab another face shield and ran back to the street only to realize halfway to the hospital that I left behind the printout I needed to get tested. I had no choice but to retrace my steps.

It took less than half an hour from the time I got there and for me to get swabbed inside the nostrils and the mouth. I was told I’d get the results in two to three days.

Later that day, I went out for a walk and got drenched by a sudden downpour. When I finally got home, I had the sniffles. Again, I thought nothing of it because I had just been caught in the rain. So I blamed my developing cold on that.

When I woke up the next day, my voice sounded funny. I was sneezing like there was no tomorrow. But other than that, I felt fine. Still, I didn’t have a fever and sore throat.

Before I continue, let me just say that I haven’t been remiss in taking Vitamins C, D and B religiously. I also gargle with Bactidol before I go to bed every night. Basically, I had prepared my body for any eventuality. But I couldn’t say the same for my mind.

After lunch, I opened my Facebook account and spent almost an hour looking at other people’s posts. Checking my email was almost an afterthought.

But there it was. My Covid Testing Laboratory Result from the VSMMC. I knew right there and then that the news wouldn’t be good. When I clicked on it, the first thing that popped out were the instructions, which I read.

No. 12 was what to do if I had a confirmed positive Covid-19 test result like not to panic and to relax. It advised me to stay in the house and to contact the Barangay Health Emergency Response Team for further instructions.

Of course, I was panic-stricken. At that point, I didn’t even know what my result was since it was in the attachment that I hadn’t opened yet.

When I finally did open it, the “interpretation” was at the bottom of the page: “Positive for SARS CoV2 Viral RNA.” It was only then I noticed that I couldn’t smell anything.

That night, I could barely sleep. I was given a five-day supply of Chinese herbal medicine Lianhua Qingwen Jiaonang. I was told to take three capsules after breakfast, after lunch and after dinner. I took three right before retiring.

Then I had the chills. I had already closed the windows. I had turned off the fan. I had put on socks, pants and a sweatshirt and had covered my body with a blanket but I was still shivering. The strange thing was I didn’t have a fever.

Suffice it to say, I spent the next two days filling up forms and talking to contact tracers and convincing friends and family that I was okay.

Luckily I qualified for home quarantine since I lived in a detached house with only one other person so I got to stay put.

They tested my colleagues at work, my houseboy, my friends who I had been in contact with and their results came out negative.

So it was only me.

My cold, the chills, the loss of smell were gone by the time the Chinese meds ran out after five days. I felt better physically and mentally. But I had gotten to a routine and it was taking my mind off things.

Every day before lunch, I would take my temperature and text the result to the barangay health worker in charge of me. The rest of the day I would surf the internet, nap, or eat, which resulted in me gaining 18 kilos. At night I worked from home.

In hindsight, it was the fear of developing severe symptoms that worried me the most. But when they never materialized, when I didn’t experience any difficulty in breathing or felt too tired to get out of bed, I went about my business and hoped for the day that I would be able to put the experience behind me.